Journey back to the Big One as Captain America recalls one of his most incredible missions. It's 1941, and the Howling Commandos are enjoying a respite from the ordeal of World War II — until Cap and his faithful partner, Bucky, lead them into the hands of the enemy! As the Nazis unleash their latest deadly soldiers, an old ally lends a hand — but an even older enemy will threaten America's greatest hero like never before. Will the Sentinel of Liberty gain his freedom in time to rescue Paris from the clutches of a monster? The Eisner Award-winning creative team of Jeph Loeb and Tim Sale (DAREDEVIL: YELLOW, HULK: GRAY, SPIDER-MAN: BLUE) reunites to deliver another colorful exploration of the early days of a Marvel icon!
See More See Less 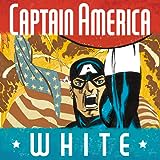 Captain America: White
The superstar creative team of Spider-Man: Blue, Hulk: Gray, and Daredevil: Yellow brings their magic to America's #1 hero. From his re-awakening in the present day to his days on the battlefield during World War II, follow Captain America as he recalls a special mission during the Big One! It's 1941 and the Howling Commandos are just looking to kick back and relax...but Cap and Bucky are about t 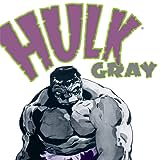 Hulk: Gray
Travel back to the early days of the Hulk, before he was the Jade Giant, and discover one of his first conflicts with General Ross. See how the Hulk fell in love for the first time! And watch him destroy!
Daredevil: Yellow
Jeph Loeb and Tim Sale, the fan-favorite creators of Batman: The Long Halloween, bring their signature style to Marvel's Man Without Fear...Daredevil composes his thoughts to his recently deceased love Karen Page and reflects back on his life. 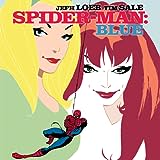 Spider-Man: Blue
Spider-Man's been unmasked by the Green Goblin himself! Now it's Spidey's turn to do the unmasking. Learn what happened on that fateful night, when Norman Osborn was revealed to be the Goblin and Peter fell in love with Gwen! 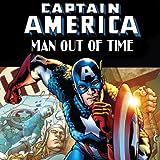 Captain America: Man Out of Time
When the Avengers pull a frozen soldier from the sea, they bring back the Living Legend of World War II---a man whose memories of life 60 years ago are as fresh as yesterday! How will Steve Rogers adapt to the world of the 21st century?