One of the mightiest Avengers vs. one of the most steadfast X-Men! Rogue used to be a villain, and she and Captain Marvel once clashed in a battle that left both women changed forever! On behalf of the Brotherhood, Rogue ambushed Carol — and permanently absorbed her memories and powers! As Rogue battled the Avengers, Carol struggled to rebuild her life. Tormented by Carol's memories, Rogue eventually reformed. The two powerhouses have crossed paths time and again since then, both as enemies and reluctant allies. But can Captain Marvel and Rogue ever find a way to bury the hatchet — other than in each other's heads? 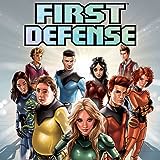 First Defense
The President's daughter, Tasha Tasker, learns her destiny when she is pulled into a secret, supernatural enclave beneath the White House. She's just the latest in a long line of "First Children" who were granted powers and have lain in stasis. Now they are waking up and she must lead them to combat a threat from beyond the stars! 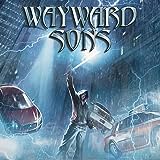 Wayward Sons
Spinning off from the Wayward Legends title, Wayward Sons follows a group of young adults who have learned that their parents were once worshiped as gods throughout human history. Now they must band together to protect humanity from their own parents. 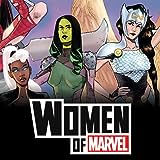 Women Of Marvel (2021)
WHO RUN THE WORLD? YOU ALREADY KNOW. CELEBRATE THE WOMEN OF MARVEL WITH AN EXTRAVAGANZA OF EXTRAORDINARY TALENT! The future is female! Get in on the ground floor with this amazing assembly of writers and artists from all over entertainment. Comics legend Louise Simonson kicks things off with a must-read introduction! Nadia Shammas punches the glass ceiling with the Jade Giantess! Elsa Sjunneson gr 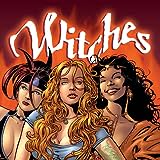