Captain Universe is known as the name for the recipient of the mysterious Uni-Power, a special kind of energy that endows an individual with superhuman powers during a time of crisis. How it has determined its hosts in the past remains a mystery. Now, the unraveling of one of the greatest enigmas in the universe begins as the Uni-Power must possess a handful of Marvel heroes-Hulk, Daredevil, X-23, Invisible Woman and Silver Surfer-to save itself form an enemy hell bent on its destruction!
See More See Less 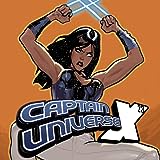 Captain Universe (2006)
The Uni-Power possesses X-23, A.K.A. Laura Kinney! Can she stop A.I.M. from gathering crucial data on the Uni-Power alongside the Scorpion, or does Scorpion have his own plans in mind? 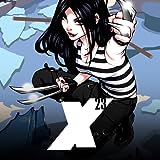 X-23 One-Shot (2010)
X-23 has spent her short life being used by those in power, from the military to the X-Men. But when she is forced to confront a being who can control her life with nothing but a thought, will X-23 finally learn how to fight- not for others, but herself? Guest-starring NYX! 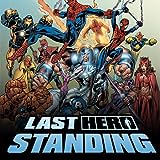 Last Hero Standing (2005)
The great heroes of the Marvel Universe are vanishing without a trace! What has happened to Spider-Man, the Thing, the Scarlet Witch, Captain America, and the rest of the MU's heavy hitters? 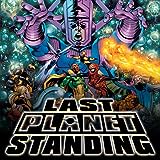 Last Planet Standing (2006)
For centuries beyond reckoning, Galactus has consumed entire worlds to satiate his never-ending quest for sustenance, but now he has a new plan -- one which may threaten the very existence of the entire Universe! 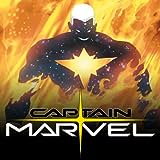