For decades, the city-state of Carbon has been a welcome place for "Seers" (individuals with psychic abilities) to live and work and raise families and just be an accepted part of a society. But now, a newly elected, power hungry governor is looking to change all that. He and his anti-Seer religious backers known as "The Right Sight" are out to force Seers out of Carbon, in what ever manner they can.

In Part 2 of CARBON, Daniel remembers his days on the Carbon P.D. and his first meeting with his new partner, a Seer named Hank Oxford. Hemingway continues to investigate Mayor Park's disappearance and finds an interesting connection between Park and Avalon Trout, leader of the radical Seer faction residing in Carbon. Savannah must deal with her withdrawal from the Seer vision drug known as "PSI." Powell reluctantly attends her 30th birthday party and reveals a secret she has been keeping for many years. And Governor Heaton continues to plot his eradication of Seers from Carbon.
See More See Less 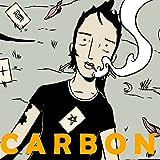 Carbon
For years, the city-state of Carbon has been a welcome place for "Seers" (people with psychic abilities) to come and raise families, find work and live mostly normal lives. Now that has all changed as a power-hungry governor is out to rid Carbon of any and all "Seers." The story of CARBON follows an ensemble cast of both "Seers" and "Normals" whose lives become intertwined when a little girl mys

Gryffen: Galaxy's Most Wanted
Captain Lyla Gryffen dedicated their life to the Sovereign Reach. A veteran of missions on a dozen worlds, they were the pride of humanity. Six months ago, they disappeared at the edge of the galaxy. One week ago, they returned...
Folklords
"From Narnia to Harry Potter, we've seen our hero leave the real world for a fantasy world -- but in Ansel's world of monsters and magic he's haunted by visions of our world with tailored suits and modern technology! Ansel embarks on his Quest to find the mysterious Folklords, hoping they can explain his visions...but looking for the Folklords is punishable by death. What will Ansel risk to find o 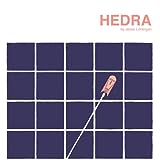 Hedra
In a glorious exploration of the comics medium with echoes of 2001: A Space Odyssey, Flash Gordon, Chris Ware, and Moebius, a lone astronaut leaves a world ravaged by nuclear war in search of life. What she finds is beyond all explanation. "This beautiful, intricate marvel is one of the fullest expressions of what can be done with comics that I've seen in years." —Warren Ellis
Copra
They're ugly. They're mean. But up until today, they've always been loyal. So when one of their own betrays them, COPRA has no choice but to turn their nightmarish skills back on everyone who ever even looked at them funny.