Castle: A Calm Before Storm

Collects Castle: A Calm Before Storm #1-5.

The Derrick Storm adaptations continue in an all-new miniseries based on the hit ABC show Castle! Derrick Storm's gruesome discovery winds up drawing him into an international spectacle. Who is The Fear? What does he want with Derrick? And why is Derrick's father next on his hit list? As the international situation in New York continues to degrade, Derrick Storm reaches out to the one person who may be able to help him: his former handler, Clara Strike. But even if she responds, will she be with him or against him? Don't miss the espionage thriller has comic book and Castle fans raving!
See More See Less 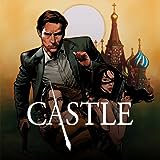 Castle: A Calm Before Storm
An all new miniseries based on the hit ABC show Castle! The Derrick Storm adaptations continue! Who is The Fear and what does he want with Derrick Storm? Clara Strike returns! 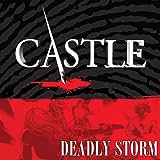 Castle
This "adaptation" of Derrick Storm's first novel adventure takes our hero from the gritty world of the private eye all the way to the globe-hopping intrigue of the CIA. Prepare for the first real Derrick Storm adventure. 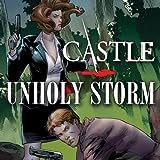 Castle: Unholy Storm
The best-selling graphic novel saga, based on the world of ABC's hit primetime series, continues! Derrick Storm is back. And he has a new, deadly case to solve. When the daughters of four high-powered international businessmen are discovered dead in NY, the NYPD scrambles to bring the murderer to justice. But when a fifth girl is found mutilated in a pool of her own blood, her prestigious French