"As things start to run SERIOUSLY out of control for the little grey guy, we get to know Astoria -- one of the key characters in the first two-thirds of the CEREBUS storyline -- a little better. Cerebus and the Moon Roach duke it out and Cerebus has trouble taking his own best advice: Don't Get Mad At An Elf. I'm Dave Sim and I can't believe I was able to keep all this straight in my head for the two years it took me to write and draw it." 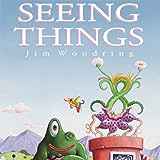 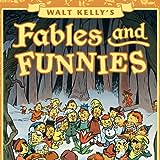