The first new Cerebus comics since 2004! Where has Cerebus been since he died twelve years ago? Is he in hell? Purgatory? Limbo? Some strange 1980 disco with links to Close Encounters of the Third Kind and Henry Kissinger? Some ancient Greek disco with links to Plato, Socrates, Aristotle? Some 1990s disco with links to The Stone Roses, the Happy Mondays, and Oasis? Is he stuck inside his own Cerebus Online Disco Twitter-feed? Well, wherever he is, he deserves it, so feel free to laugh at his misfortune!

Cerebus: High Society
This epic series from Dave Sim follows the life of Cerebus, an aardvark whose journeys take him from barbarian to prime minister to pope. Cerebus is an ambitious, hilarious, and controversial series exploring issues ranging from politics to religion to gender, all filtered through Sim's unique and iconoclastic viewpoint. An award-winning saga self-published monthly for over 25 years, Cerebus is co
Rick Veitch's The One
The classic revisionist superhero saga that predates Watchmen and The Dark Knight Returns and presented a shocking worldview that almost predicted today's political climate! Rick Veitch's groundbreaking series has been called the last word on superheroes. It is a world-spanning, continent-crushing, over-the-top adventure story that brings the United States and Russia to the brink of annihilation.. 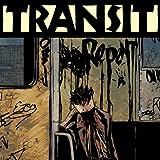 Ted Mckeever Library
Spud, a self-proclaimed urban rebel, finds that when he inadvertently becomes involved in a political nightmare of power and corruption, he's going to need a lot more than half a can of spray-paint and a pair of worn out roller blades to survive. That is, if the entire city itself doesn't self-destruct before it's all over! Contains all five original issues of the series, and the never-before-publ