"Cerebus, as if I need to say so, is still to comic books what Hydrogen is to the Periodic Table." -- Alan Moore

Intellectual, entertaining, and though-provoking, Cerebus was the longest running independent black and white comic of all time, running for 300 issues from December 1977 until March 2004. The groundbreaking, genre-defying series follows the adventures of the titular character, Cerebus, a small, gray, and chronically ill-tempered aardvark.
See More See Less 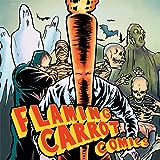 Flaming Carrot
The Eisner Award-winning, surreal superhero series The Flaming Carrot, returns with a new omnibus collection! Check out a comic book series that for many years most people believed to be nothing more than a ridiculous legend or an amusing joke. Doctor recommended. Maximum strength formula. New hope for a nation suffocating in the swill of its own mediocrity. Collects Flaming Carrot #1-#2, #4-#11, 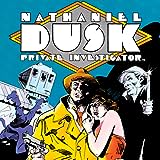 Nathaniel Dusk (1984)
Set in the late 1930s, Nathaniel Dusk is your typical hard boiled PI. Lots of divorce cases, not much money. Follow his unusal journey as he encouters different types of trouble!