Champions by Jim Zub Vol. 2: Give And Take

Champions by Jim Zub
COMIC_VOLUME_ABBREVIATION 2: Give And Take
4.0
(54 ratings)

The future of the Champions hangs in the balance! The War of the Realms is over — but its effect on the Champions has shaken the team to its very core! Meanwhile, Sam Alexander's mission in space takes an unexpected turn. Will he find redemption — or is this the last ride for the human rocket? Fear, doubt and deception — the Champions' ideals are about to be tested, and not everyone will make the grade. And as tensions rise, the Freelancers return! But who has betrayed the Champions, and who can they trust? Miles Morales returns — but will it be in time to save his friends? The next generation of heroes made a vow to do better. Now they have to live up to it.
See More See Less

Champions (2019)
Collects Champions (2019) #1-6. The world still needs heroes — and there are heroes all over the world! A new era begins as the Champions go global! Under Ms. Marvel's leadership, an army of young adventurers is saving people and improving lives across the planet — but something sinister lurks beneath the surface. A dark secret that could destroy the team and everything they stand for! When 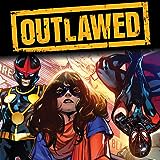 Outlawed (2020)
EXPLODING FROM THE PAGES OF INCOMING! In the wake of a devastating tragedy, the United States passes a law that will shake the Marvel Universe to its core. The world has had enough of teen heroes. The crackdown has begun. And the lives of Marvel’s next generation will never be the same again. EVE L. EWING and KIM JACINTO launch a new era in this game-changing event one-shot that will send shockw
Ironheart (2018-2019)
Collects Ironheart (2018) #1-12. Riri Williams steps boldly out of Tony Stark's shadow to forge her own future! When one of Spider-Man's old foes holds a group of world leaders hostage, Ironheart must up her game. Luckily, Riri has a will of steel, a heart of iron and a new A.I. on her side! Unluckily, the search for a kidnapped friend will send her stumbling into an ancient power — and it's 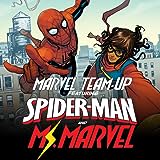 Marvel Team-Up (2019)
Collects Marvel Team-Up (2019) #1-6. Kamala Khan puts the “Ms.” into Marvel Team-Up! Ms. Marvel steps into the starring role of one of Marvel’s all-time classic titles — and fittingly, the ever-sociable Spider-Man swings by to hand over the mantle! After a science demonstration at Empire State University goes awry, Ms. Marvel and Spidey find themselves tangled up in the same chaotic adv
Champions (2016-2018)
Following the fallout of CIVIL WAR II, Avengers Ms. Marvel, Nova and Spider-Man strike out on their own — joined by Cyclops, Viv Vision and the Totally Awesome Hulk! Six young heroes determined to change the world — and they're only the beginning!