In the mid-21st century, Earth is caught in a massive energy nexus of unknown origin, wiping out half of humanity and all of its modern technology. Governments break down into small city-based factions all over the world. A hundred years later, a group of explorers and scientists discover how to harness the energy of the nexus and create "magick," a new type of power source for a new age.

The world of Cities of Magick exists inside the ruins of our present day. The husks of once great cities are now filled with jury-rigged, Rube Goldberg-esque magick contraptions providing power, water, food, entertainment. And the totems of the old world--your iPhones, your Nikes, your sports cars--are now devoid of power.

Our hero, Lev, a self-proclaimed "old school cowboy," believes that magick's widespread use is the result of a society grown decadent. He yearns for the bygone days and wants to return to the old ways of electricity and digital technology. He's a reverse-luddite, if you will.

Cities of Magick is a future-fantasy story about the intersection of geography and magick. How do our needs and wants and desires manifest themselves in the architecture and infrastructure of a city fueled by willpower and imagination? And how do people like Lev fit into a world like that?
See More See Less 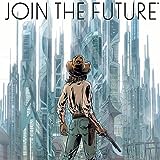 Join the Future
The Future. Ultra-modern megacities reward millions of their citizens with a completely funded life, with every need met, from food to housing and healthcare, in order to com-pete in an economic power struggle in which population is key. But a few rural residents still cling to their independence in what last American small towns are left. When a nearby megacity pressures the people of a small to 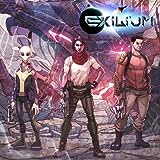 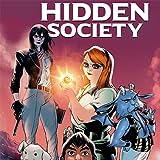 Hidden Society
A new series from Rafael Albuquerque and Rafael Scavone, the team behind Neil Gaiman's A Study in Emerald! Hidden from ordinary eyes, there is a world alongside our own full of deities, demons, and danger—where magic wins out over science and dark secrets lie in wait. Ulloo, the last wizard from the Hidden Society, enlists the aid of a blind girl and her demon, a young magician, and a cursed bou
The Marked
The Marked may look like cool young influencers, but beneath the designer clothes, their bodies are tattooed with the magical glyphs of an ancient order that secretly protects the world against evil forces. With no new occult threats, The Marked use their tattooed powers solely for the pursuit of pleasure until a young woman called Liza creates a dangerous new form of Hybrid Sorcery. The party is