A bizarre, sexy look into the future from comics legends Mario,Gilbert Hernandez!

When gossip blogger Sergio Bauntin investigates the illusive robot celebrity CTZ-RX-1, he provokes the city's shady power players, who don't want the story to get out! It's a surreal sci-fi adventure as only Los Bros. Hernandez can do it!

"Anything from any or all of the Hernandez Brothers is cause for celebration, and Citizen Rex gives us a pop of indie gold from Mario and Gilbert Hernandez!" -Michael Allred
See More See Less 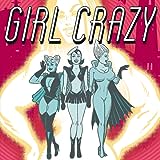 Girl Crazy
Kitten, Maribel, and Gaby are childhood friends celebrating their sixteenth birthday. But someone’s missing—their fourth friend, Una, is imprisoned in Tijuana. So the girls set out to give Una the ultimate birthday gift—freedom—even if it means taking on an entire city! * From Love and Rockets cocreator Gilbert Hernandez! * Features a cover gallery with art by Gilbert Hernandez and D 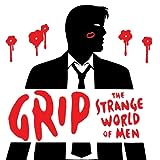 Grip
Comics luminary Gilbert Hernandez delivers a genre mash-up unlike any other! When Mike Chang wakes up with nothing but a lipstick smudge, someone else's suit, and amnesia, he's thrown into a world of criminal gangs, crime fighters, skin swappers, and a one-eyed girl with bizarre powers! Collects Grip #1-#5. 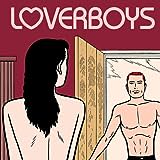 Loverboys
An all-new graphic novel from Pen Center USA Award winner, Gilbert Hernandez! Welcome to Lagrimas, a small south-of-the-border town where young men who consider themselves "loverboys" constantly hit on the ladies, but get shot down most of the time--until one begins an affair with the woman who used to be his seventh grade teacher! As their torrid romance unfolds, three young girls plot to poi 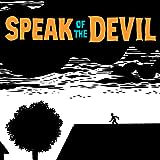 Speak of the Devil
There's a peeping tom prowling the neighborhood. Eyewitness reports vary, but one thing is agreed upon: he wears a devil mask. This is the story of Val Castillo, a promising gymnast with a strange hobby. She is secretly the neighborhood peeping tom. At first she is alone in this, but when a male friend discovers her doings he joins her into a dark journey of spying and making discoveries about