Finally, the origin of Lt. Starbuck can be told! Battlestar Galactica's roguish Viper pilot, unbeatable gambler, and notorious womanizer has always been a mystery. How did he wind up a feral child on the planet Umbra, and when did he first fight Cylons alongside Commander Adama? What early adventures solidified his friendship with Apollo, and how will Starbuck react once he discovers the identity of the traitor responsible for destroying his family? It's the world-shaking origin story that fans have been begging over thirty years for, as revealed by #1 New York Times best-selling author Tony Lee and artist Eman Casallos.

"If you're a fan of the series, this can only be the best love letter you'll ever get." - SciFi Pulse

"An excellent outing for fans of classic BSG." - Following The Nerd

"It's genuinely a lot of fun!" - Unleash The Fanboy
See More See Less

Classic Battlestar Galactica: Starbuck
Finally, the origin of Lt. Starbuck is told by #1 New York Times best-selling author Tony Lee! See how Starbuck became a Viper pilot, his first meeting with Apollo and why Adama treats him like a son - as he pieces together what really happened the night he was orphaned, and the name of the traitor who ordered it... 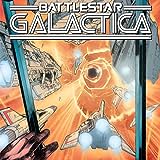 Classic Battlestar Galactica Vol. 3
The Galactica’s search for sanctuary takes them beyond the limits of known reality and into a cosmic mystery where the hunters become the hunted, ruin and despair dot the skies, and Adama goes where friend and family can’t follow. Cullen Bunn (Sinestro Corps, The Sixth Gun, Deadpool & The Mercs for Money) and Alex Sanchez (Mad Max: Ride, 30 Days Of Night: Spreading the Disease, Katana) invite 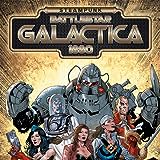 Steampunk Battlestar Galactica 1880
Welcome to the world of Battlestar Galactica as never seen before, as #1 NYT Bestselling Author Tony Lee gives it a Steampunk spin! After Professor Baltar's clockwork Cylonics destroy the Colonial Empire, Arch Duke Adama learns that his son Apollo is missing! It's up to Lady Athena to travel to the Sky Pirate world of the Rising Star and ask for help from the only hope she has - the disgraced Capt 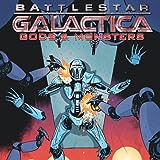 Battlestar Galactica: Gods & Monsters
"All new stories from the ground-breaking re-imagined series! Baltar believes he was chosen by god— and now moves closer to being one himself when he constructs a living Cylon Centurion! Is it his greatest achievement or biggest mistake? Truly obedient or waiting for the perfect time to strike? Is it the protector of Sharon’s unborn baby or its greatest threat? Will the Cylon’s bloody histor
Battlestar Galactica: The Final Five
THE FINAL FIVE #1 (of 4) is overseen By Seamus Kevin (ORIGINS) Fahey and David Reed with the complete authorization of Sci Fi and the producers and features the back story of the Cylons, man and their current struggle against one another! Joining the writers is Galactica veteran Nigel Raynor, who also provide one of the two incredible covers! And to top it all off, RED SONJA and SUPER ZOMBIES arti