Conan The Barbarian by Jim Zub Vol. 1: Into The Crucible

Conan The Barbarian by Jim Zub
Vol. 1: Into The Crucible

Unfamiliar ground! Conan has faced many foes since leaving Cimmeria, but the greatest challenge lies ahead — in the mystical Uttara Kuru, farther on the eastern border than the young barbarian has ever traveled! When Conan inadvertently agrees to be the latest entrant to the Great Crucible, the people of the city support their foreign champion — but what deadly dangers does the Crucible hold, and what will Conan sacrifice to overcome his ordeal? Armed with only his strength and wits and a local boy named Delian to translate for him, Conan must survive a series of lethal traps and a cadre of murderous rivals out to end his participation — permanently! But when the barbarian sets his sights on the Tooth of the Nightstar, will he claim the deadly blade, or will it claim him?
See More See Less 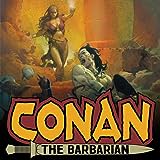 Conan The Barbarian (2019-)
Collects Conan the Barbarian (2019) #1-12. The life and death of Conan the Barbarian! The greatest sword-and-sorcery hero of all returns to Marvel, but how long will he survive? Conan’s travels have brought him to the far reaches of the unknown, from his birthplace in Cimmeria to the kingdom of Aquilonia and all lands in between — but just as his fighting prowess lets him carve his way thro 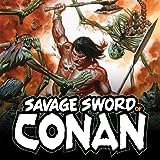 Savage Sword Of Conan (2019)
Collects Savage Sword of Conan (2019) #1-5 black-and-white. The saga of the death cult of Koga Thun — in brutal black and white! This special collection features the sword-and-sorcery epic brought to life — and death — by Ron Garney’s sensational inked pages, printed without color so you can savor every barbaric detail! 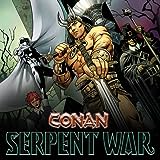 Conan: Serpent War (2019-2020)
Collects Conan: Serpent War (2019) #1-4, Supernatural Thrillers (1972) #3. A Conan event for the ages! The man named James Allison will die soon. It’s not his first death. James has lived many lives, across many eras - lives he can recall in vivid detail. But when a mysterious force reaches across time to engage his abilities to save all of reality, an era-spanning quest begins! The serpent g 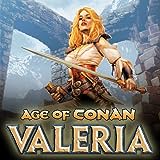 Age Of Conan: Valeria (2019)
Collects Age Of Conan: Valeria #1-5. She seeks truth — and revenge! Journey into the Hyborian Age with the hero from the classic Conan tale “Red Nails” in a story set before that fan-favorite tale! Before Robert E. Howard’s Valeria became a pirate and mercenary — before she crossed paths with Conan and the Red Brotherhood — Valeria was a young woman from Aquilonia seeking justice fo
Age Of Conan: Belit, Queen Of The Black Coast (2019)
Collects Age Of Conan: Belit #1-5. The spitfire who would be queen! Bêlit — the name alone conjures fear up and down the coasts of the Hyborian Age. And the sight of her ship, the Tigress, is an omen of despair for any town in the pirate queen's path! The Age of Conan begins with one of the barbarian's most formidable compatriots in a new story revealing how she became the undisputed Queen o