Coraline discovered the door a little after they moved into the house.

When Coraline steps through a door in her family's new house, she finds another house strangely similar to her own (only better). But there's another mother there and another father, and they want her to stay and be their little girl. They want to change her and never let her go. 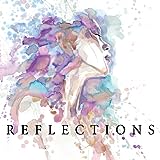 Reflections
David Mack is the New York Times best-selling author and artist of the Kabuki graphic novels, the writer and artist of Daredevil from Marvel Comics, and the author and artist of his children's book The Shy Creatures from MacMillan. Mack most recently created the art,concept for the credit sequence on the #1 hit motion-picture, Captain America: The Winter Soldier. Reflections presents a selection o 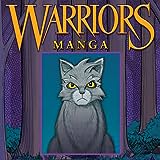 Warriors Graphic Novels
When the Twolegs destroy the warrior Clans' forest home, Graystripe--second in command of ThunderClan--is captured while trying to help his comrades escape! However, Graystripe soon discovers that the captive life as a pampered kittypet isn't all that bad. The cozy Twoleg nest and his new, affectionate family help Graystripe put his Clan days behind him. Still, nothing compares to the life of a wa 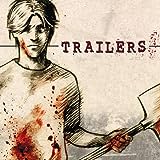 TRAILERS
Josh Clayton's mother has killed a man and left Josh in charge of disposing of the body. The trouble is the body will not stay put. From dogs to low-life trailer park denizens, Josh's life slips ever more deeply into hell as he attempts to keep the corpse under wraps. Josh, a sensitive teenager, attempts to persevere in the face of a morbid dilemma: guilt and fear over the crime conflict with his 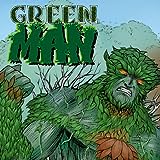 Green Man
He has spread throughout the UK and Europe for over a millennium, becoming one of the most iconic characters of myth and legend. He often lives in the shadows but can still be found as far a field as the USA and Canada. Today's endangered eco-system has seen him bestowed more relevance than ever. There is even reasonable ground to call him the first comic book-style character in history, with illu