SPECIAL EXTRA PAGES ISSUE!
A brand new story by STEVE NILES and SCOTT MORSE, and more madness from DARWYN COOKE!
"KILL SWITCH," Part Three
Locked in a Peruvian Prison, Kill Switch awaits a Mexican hit squad as he tries to discover who put a bounty on his head and why. The bullets fly as our hero is led into a deadly game of death against the world's best and most eccentric assassins, but the gloves come off when they threaten his family.
"MEATBALL," Part One
Detective Paul DeSanto works the seedy side of Los Angeles. He specializes in cheaters and losers, but he never chooses sides. In Hollywood cheats and loses work both sides of the street. After one of his operatives is eviscerated in an alleyway, DeSanto discovers the strange side of seedy. 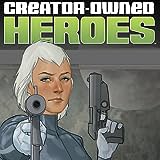 Creator Owned Heroes
In this sci-fi thriller, the sixth in a series of genetically modified assassins born in a secret laboratory sets her sights on the ultimate target. But what happens when the perfect killing machine takes a personal interest in her target only to uncover a conspiracy that may change the fate of the entire human race? 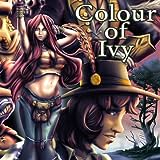 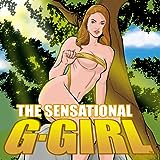 The Sensational G-Girl
America's newest superhero sweetheart stars in her very own comics magazine. Enjoy the adventures of Billi Jayne Jensen, aka the Sensational G-Girl.
Space Bandits
Thena Khole and Cody Blue are among the universe's most wanted felons. Each the leader of their own criminal ops, they run heists across the galaxies—hopping from ship to ship to fleece everyone inside. But when both women are betrayed by their crews, the bandits only have one thing on their minds: REVENGE. 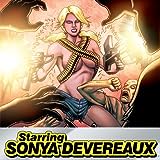