"All the power of a roundhouse kick to the chops!" —Hollywood Reporter

It's the second volume of stories you never thought you'd see as DC's iconic superheroes cross over with some of Hanna-Barbera's oddest characters in the most unexpected stories of the year!

When Superboy and Robin try to help an old friend of Batman's, they're joined by the robot "Dog Wonder": Dynomutt! In the 1970s, Black Lightning teams with martial arts master Hong Kong Phooey in a battle that threatens the fate of the whole world! The Flash meets a scientist whose so-called "Speed Buggy" may cause irreparable damage to the Speed Force! And when Aquaman investigates some bizarre undersea activity, a talking shark named Jabberjaw takes him to an alternate future where the partnership between humans and sea creatures is in grave danger! 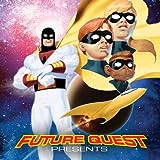 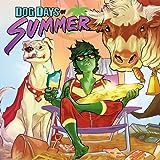 Dog Days of Summer (2019)
DC does this summer as we unleash the beast within and join Krypto and Superman, Bat-Cow and Batman, Wonder Woman and Ferdinand and many more for eight sun-kissed stories in this can’t-miss animal-sized spectacular! 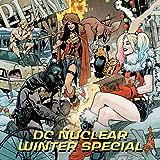