"Your favorite DC characters, written and drawn by the incomparable John Byrne!

In addition to John Byrne’s classic character-defining arcs of SUPERMAN and WONDER WOMAN, the writer/artist also created a trove of lesser-known DC Comics tales, starring characters from every corner of the DC Universe.

In these one-shot stories spanning more than 20 years, Batman thwarts a contest of wits between his greatest villains, an alternate-timeline ancestor of Superman helps the British win the Revolutionary War, and the Guardians of the Universe reveal their untold history.

With more than 300 pages of material never collected before, THE DC UNIVERSE BY JOHN BYRNE brings you the battle of the Teen Titans versus robot dinosaurs, the poignant Christmas tale of bygone hero Enemy Ace, the modern adventures of the Silver Age Hawkman and much more! "
See More See Less 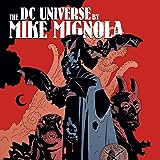 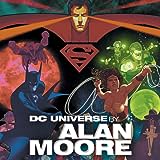 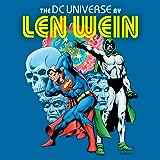 DC Universe by Len Wein
For the first time, acclaimed writer Len Wein’s greatest tales of the DC Universe are collected, from the start of his prestigious career to its finale. 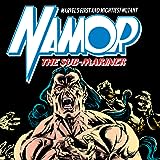