Based on Danganronpa 2: Goodbye Despair video game, the sequel to the original video game Danganronpa. The manga series Ultimate Luck and Hope and Despair contains bonus scenes not shown in the video game!

When a new class of students at the (in)famous Hope's Peak Academy find themselves on a surprise school trip to a tropical island, they also find that suspicion and death is the only ticket home from this so-called paradise! Here, in the name of "hope," Ultimate Lucky Student Nagito Komaeda is willing to kill anybody and everybody...including himself!
See More See Less 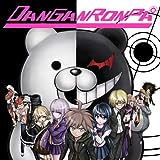 Danganronpa
Each year, the elite Hope's Peak Academy selects only the most gifted and talented students to enroll . . . plus one ordinary student, chosen by lottery. Makoto Naegi was that lucky person—or so he thought! When he shows up for class, he finds the elite students are a bizarre cast of oddballs under the ruthless authority of a robot teddy bear principal, Monokuma. The bear lays down the school ru 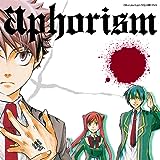 Aphorism
Can you see the island in the sky...?Most people think it's just a metaphor or some weird hoax, but for those rare students actually capable of spotting the island floating in the sky, they are afforded the opportunity to enroll in Naraka High School. Graduation promises a cushy government job and a life of wealth and prosperity. It almost sounds too good to be true...Momiji Rokudou is a first-yea 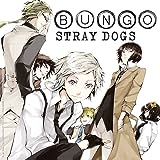 Bungo Stray Dogs
Having been kicked out of the orphanage, a despairing young man by the name of Atsushi Nakajima rescues a strange man from a suicide attempt--Osamu Dazai. Turns out that Dazai is part of an armed-detective agency staffed by individuals whose supernatural powers take on a literary bent! 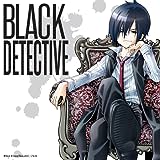 Black Detective
The detectives are supposed to be the good guys, right...?That's certainly what Arata Toiro used to think, but after having his first brush with a real-life detective, suddenly he's not so sure. I mean, there's no question that even though he's still just a teenager, Yoh Kuroba is a gifted sleuth. It's just that he seems to have a peculiar predilection for making his adversaries writhe more than j 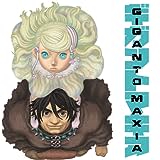 Giganto Maxia
From Berserk creator Kentaro Miura comes Giganto Maxia, a science-fiction/fantasy manga of titanic proportions! One hundred million years in the future, the Empire of Olympus uses colossal mutant beasts to crush its adversaries. Only the gladiator Delos, the mystic Prome, and the titan Gohra can hope to prevent genocide!