Dark times call for Dark Avengers! As Norman Osborn's Dark Reign begins, he assembles a terrifying team in his own image! Who are his handpicked Hawkeye, Spider-Man, Wolverine, Ms. Marvel and more? The answers will shock you! Donning the armor of Iron Patriot, stormin' Norman leads his Avengers into action - but soon they'll face a foe they can't defeat: the deadly, deranged Molecule Man! Meanwhile, Marvel Boy joins the new regime, but he has no idea how sinister a gang the Dark Avengers actually is. How will he react when he finds out? Plus: After years of mystery, the secrets of the Sentry are finally revealed! Dark Avengers assemble!
See More See Less 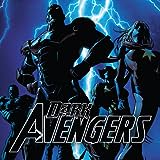 Mighty Avengers (2007-2010)
The wait is over!! The Mighty Avengers assemble!! Gathered together to be the greatest Avengers team ever, but who picked them?? And why?? And which A-list Avengers villain returns, revamped and reloaded for the ultimate revenge. Big super hero adventures every month from the multi-award winning team of Bendis and Cho.
Siege
The Marvel Universe has been left with its greatest villains holding more power and control than ever before. On the brink of madness, Osborn, in his final bid to take total control, targets the final obstacle in his mission...Asgard. 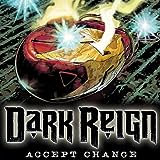 Dark Reign: Accept Change
Collects Dark Reign: New Nation, Secret Invasion: Dark Reign, Dark Avengers #1, Uncanny X-Men Annual #2, Dark Reign Files And Marvel Spotlight: Dark Reign. The Invasion is over, and the shape of the world has changed, with new and returning players now center stage. Get the lowdown on what's going on across the Marvel Universe as we enter DARK REIGN. In DARK REIGN: NEW NATION, we meet the Secre 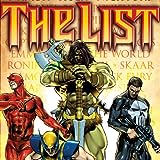 Dark Reign: The List
After the shocking conclusion to Dark Avengers/Uncanny X-Men: Utopia, Norman Osborn decides it's time to reveal his endgame—and the entire Marvel Universe must pay!