Ten years after Dark Souls was first released on the PlayStation, comes the ultimate collection of the comic series inspired by one of the most influential games of the 21st century!

Dark Souls
Welcome to the world of Dark Souls; a landscape bathed in arcane fantasy, where primordial forces govern the tides of time, bonfires flicker in the darkness, and the undead stalk the earth in search of impossible redemption. From Titan Comics and Doctor Who scribe, George Mann, comes this original tale of adventure and visceral horror that throws readers deep into the twisted myth of Namco-Bandai' 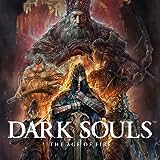 Dark Souls: The Age of Fire
"Tying directly into the very first critically-acclaimed Dark Souls videogame, featuring all the main characters! Return to the very beginnings of the Dark Souls story with a dramatic retelling of the Legends of Gwyn – Lord of Cinder and Knight Artorias! " 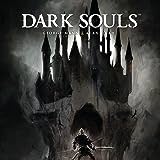 Dark Souls: Winter's Spite
Beyond this tenuous fabric lies a place of banishment; a world within a world where the frigid nights endure and even the Old Lords fear to tread. Only the deluded dare venture there, yet in these times of misery, sometimes madness is our only path toward salvation...
Bloodborne
Discover the terrifying secrets of Old Yharnam in a brand new comic series spinning out of FromSoftware's critically acclaimed Bloodborne videogame. 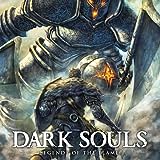 Dark Souls: Legends of the Flame
In a realm where hollowed champions rise and fall with the ages, where brave knights quest for absolution and bonfires blaze against the everdark, myth and legend will forever prevail...From the desolate worlds of Namco-Bandai's critically-lauded videgame series comes this unsettling collection of all-new Dark Souls tales, written and drawn by some of the comic industry's finest. Building upon th