Deadpool—more popular than ever before—in his first Original Graphic Novel! Deapool's been shooting, stabbing and otherwise annoying people for a long time now. He's made a lot of enemies. One he can't quite place is the brutal Thumper, who keeps showing up out of the blue to pound him into jelly. What is Deadpool's past connection to this beefy face-masher? And what's up with Cable, Domino, and the others on the cover? Are they going to show up in the book? (Hint: They are!) Deadpool co-creator Rob Liefeld on pencils and inks teams with writers Chris Sims and Chad Bower (X-MEN '92) to tell the tale of his greatest creation (just roll with me here) getting his heinie handed to him! Check it out—before Deadpool checks YOU out! 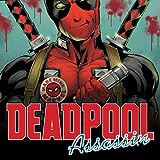 Deadpool: Assassin (2018)
Collects Deadpool: Assassin #1-6. Cullen Bunn, master of the Deadpool limited series, joins comics legend Mark Bagley to set the sassin' assassin against his own kind! The Assassins Guild, that is! They're gunning for Deadpool and anybody he cares about, and Wade's healing factor is about to be put to the ultimate test by the knife-wielding speedster called Harvester! And even if Deadpool is lu
The Hammer: Kelley Jones' Complete Series
Against the crawling corruption of the darkest pits of the universe stands only one man. A hero whose knowledge spans the limitless depths of both the Necronomicon and the Betty Crocker cookbook. The salvation of our world rests in the greasy hands of a morally ambiguous, fried-food craving zealot for good. His enemies and his friends fear him, his grocer loves him. He is The Hammer. 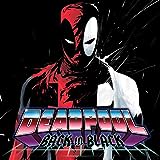 Deadpool: Back In Black (2016)
During 1984's SECRET WARS, Deadpool was introduced to an alien symbiote who went on to become Spider-Man's black costume and, eventually, Venom. Okay, okay, maybe that really happened in DEADPOOL'S SECRET SECRET WARS. Point is, did you know that after Spider-Man rejected the costume…it went slinking back to Deadpool on the rebound? And they went on adventures together? You didn't? Well, you will 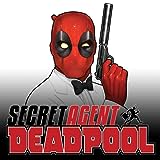 Deadpool: Secret Agent Deadpool (2018)
Collects Deadpool: Secret Agent Deadpool #1-6. It’s a Marvelous case of mistaken identity when Wade Wilson, the Regeneratin’ Degenerate you know as Deadpool, kills the wrong secret agent — and has no choice but to take his place and complete his mission! But can Deadpool keep an object of paradoxical power out of the wrong hands? Pitted against the deadly terrorist organization called GOR