They may be alternate-reality Deadpools, but they're still just as Mercky and just as Mouthy! Like the Wade Wilson who was part of an ultra-secret special-ops team along with allies named Bullseye, Silver Sable and Domino! But a bloody Mexican massacre will leave this Agent Deadpool with a lot of explaining to do! And how about the Cold War Wade Wilson, codename: Deadpool? He's the CIA's most valuable asset — but also certifiably insane! It's lies, spies and shapely thighs as DP goes pulp! Then, Wade is a dash of color in a black-and-white world ravaged by zombies. When the dead walk, Deadpool is mankind's only hope — but if he triumphs, who will save us from him?
See More See Less

Despicable Deadpool (2017-2018)
Collects Despicable Deadpool #287-300 and the second set of Deadpool Secret Comic Variants. His days as a hero are over — now Deadpool is despicable! And what could be more despicable than…killing Cable?! That's right, Wade Wilson is out to prove himself a merciless merc by offing his best friend! But that's not the only item on his evil agenda! Deadpool has a lot of unfinished business, an
Deadpool (2015-2017)
He's annoying. He's dangerous. He smells terrible. But the public loves him. That's right- the Merc with the Mouth may make money for missions of murky morality...but he's become the most popular hero in the world for it. Eat that, Spidey! The world belongs to Deadpool. The fan favorite team of Gerry Duggan and Mike Hawthorne return to bring Deadpool into his most successful adventures yet! 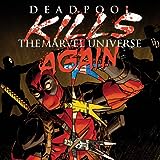 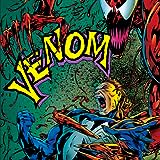 Venom: Carnage Unleashed (1995)
Carnage has had enough of captivity at Ravencroft Institute, so he's broken free and is eager to rekindle his spree of violence. One only person knows the symbiote well enough to stop him - Eddie Brock, better known to the world as Venom!