Deadpool and the Secret Defenders

Deadpool and the Secret Defenders
5.0
(1 rating)

The Merc with a Mouth joins the non-team without a known lineup! But can a talkative guy like Wade Wilson keep things hush-hush? Following Deadpool through the ever-rotating door of the Secret Defenders are the Heroes for Hire and a future Guardian of the Galaxy! Luke Cage is among the first recruits for new leader Doctor Druid, taking on the malevolent Malachi! But will he and Deadpool dig Cadaver, their newest ally? Then, Iron Fist, Giant-Man, Iceman and Archangel will feel the sting of Swarm! Spider-Woman, Venom and U.S.Agent enlist for a showdown with Slaymaker, while the mysterious Shadowoman transforms into Sepulchre! Then, Dagger, Deathlok and Drax the Destroyer join the fun when the Secret Defenders battle…the Defenders?! Is this the end for comics' most surreptitious super group?
See More See Less 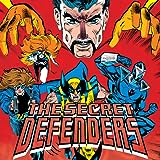 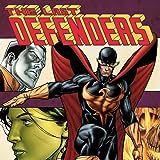 The Last Defenders (2008)
At long last, the team book you've been waiting for! The return of the Defenders (no trademark infringement here!) and look who's on the team: The mutant Colossus! The sensational She-Hulk! The unpredictable Blazing Skull! An all-new lineup led by the enigmatic Nighthawk! Injected into the heart of the modern Marvel Universe, the Defenders have been reformed to serve a specific political purpose..
Defenders (2011-2012)
Springing out of Fear Itself! Everyone's favorite Marvel characters band together to solve a mysterious conspiracy deep at the heart of the Marvel Universe! They are the last line of defense against the forces of the unknown! They are The Defenders!
Defenders (1972-1986)
The Defenders are cast across the globe in this explosive annual! In Washington D.C., Doctor Strange must convince the President that Nebulon’s Mind Control Movement is not in the public’s best interest. Power Man and Valkyrie investigate mysterious deaths in India, while Nighthawk and Red Guardian take on a violent faction in France! 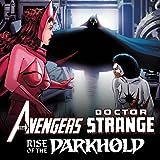