A medic who travels to war zones to heal the wounded, Henry Hayes has no idea that when he's in the field, he is activated by the mysterious Biotek group and becomes the ultimate weapon of assassination and war: Deathlok! But now, other parties good and bad are taking an interest in him. Deathlok tackles globetrotting missions including racing the clock in the Philippines; infiltrating a hostage situation in Stuttgart, Germany; taking on an aerial assault on a battlefield; and even stopping an airplane in mid-flight! Meanwhile, S.H.I.E.L.D. agent Andrea Hope investigates Henry Hayes, and she'll go to an Avenger for help! As Domino finds Michael Collins, the previous Deathlok, Henry Hayes lands in the hospital while searching for his daughter! But will S.H.I.E.L.D. or Biotek track him down first?
See More See Less 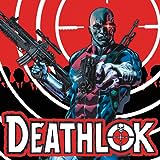 Deathlok (2014-2015)
After Michael Collins, there was Henry Hayes. A medic who travels to war zones to heal the wounded, he has no idea that when he's in the field, he's activated by a mysterious group and becomes the ultimate weapon of assassination and war: Deathlok. 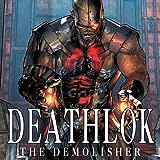 Deathlok (2009-2010)
Marvel's ultimate cyborg is back in this 7-issue Marvel Knights limited series written by Charlie Huston (MOON KNIGHT) and breathtakingly illustrated by Lan Medina (FOOLKILLER). In the not-too-distant future, war is a spectator sport, warriors die hard and live fast, and living larger than anyone is super-soldier Lieutenant Mike Travers. That is, until Travers hotdogs it on the battlefield and get 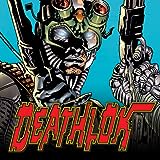 Deathlok (1999-2000)
Meet Jack Truman, the highly trained S.H.I.E.L.D. operative known as Agent 18. A fateful encounter with Cable is about to land him square in the sights of Project: Deathlok, a S.H.I.E.L.D. initiative so secret even Nick Fury is in the dark about it! 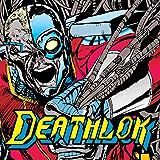 Deathlok (1991-1994)
Michael Collins is trapped in the body of a cyborg killer. Deathlok’s quest for his humanity begins here. Will this man-turned-cyborg find the human body he needs to be restored? 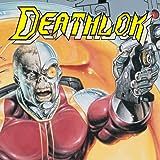 Deathlok (1990)
Witness the creation of a new Deathlok! Will he be a hero or a villain?