Has the sun set on the world’s deadliest assassin? It’s Slade Wilson like you’ve never seen him before, brought to his lowest point and forced to face the last two people in the world he wants to fight: his own children, Joseph and Rose!

Slade can kill anyone he sets his eye on...even though one eye is all he has. But when Slade finds himself completely blind, he faces a choice he’s never had to make before: adapt or die!

With the help of genius teen hero Power Girl, Slade is making some changes, including an all-new identity. But when Power Girl enlists Slade’s help to stop another assassin, can Deathstroke really become the hero Power Girl thinks he is? 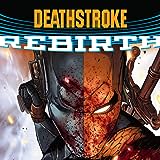 Deathstroke (2016-)
A thousand enemies, a thousand kills—Deathstroke is the world’s greatest assassin. Stalked by an unseen foe, Slade Wilson is confronted by his own troubled past and challenged to reinvent himself before he loses everything and everyone in his life. Can Deathstroke be redeemed? Or will his addiction to violence destroy him? 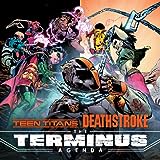 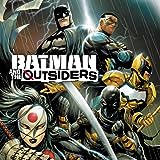 Batman and the Outsiders (2018-)
Several years ago Batman personally put the Barrera family into hiding after they suffered through terrible experiments at the hands of an organization called the Ark. Now all but one of them has turned up dead...and Batman needs to locate Sofia Barrera before the wrong people get their hands on her—and her surprising power! But it wouldn’t be Batman without a hidden agenda, would it? And wh
Titans (2016-2019)
Friends. Teammates. Titans. Donna Troy, Arsenal, Garth, Lilith and Nightwing were all that and more until a mysterious force erased their memories, forcing them to forget what they could accomplish together. Reunited with their memories returned, the Titans must destroy the interdimensional demon that broke them apart and threatens reality itself. THEY SAID IT: "Grayson and Donna were a couple