Slade Wilson has been all of these things. And and now his many past lives are finally catching up to him.

After an attack at his home in Africa and a near fatal shooting that almost killed his ex-wife, Deathstroke is on the hunt for the man called the Ravager. Deathstroke must discover After discovering what the link is between his family’s past and this masked super soldier’s vendetta, Slade must make it out alive against this dangerous new foe. However, the real trouble finds him in. Then Deathstroke must travel to Gotham City, where someone is eliminating major crime bosses and smearing his reputation. There’s only one problem standing in his way: , Batman. Even if he can somehow beat the Dark Knight there’s still the masked killer known only as the Vigilante waiting in the wings. 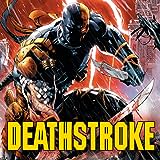 Deathstroke (2014-2016)
The DCU's deadliest assassin stars in his own series by writer/artist Tony S. Daniel!
Green Arrow (1988-1998)
The Emerald Archer Oliver Queen takes aim against the scum of Star City in the fan-favorite series by writer Mike Grell--battling villains while simultaneously battling his own inner demons! 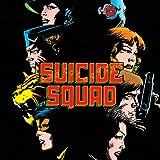