It’s a defining moment for the breakout character from the hit TV show Arrow!

Deathstroke the Terminator has barely escaped Gotham City alive—and now he must train Patricia Trayce, the all-new Vigilante. Spending weeks alone together in a secure and secluded location, the two anti-heroes begin to form a close bond. But after everything that has happened with his ex-wife, will Slade allow himself to trust anyone ever again? Meanwhile, Deathstroke has been framed as a terrorist and is now public enemy number one. While searching Metropolis for answers and a way to clear his name, Slade must battle Superman himself—as the rest of the Justice League of America waits in the wings!

Green Arrow (1988-1998)
The Emerald Archer Oliver Queen takes aim against the scum of Star City in the fan-favorite series by writer Mike Grell--battling villains while simultaneously battling his own inner demons!
The New Titans (1984-1996)
Modern masters Marv Wolfman and George Perez take the next generation of heroes to the next level! Nightwing, Wonder Girl, Cyborg, Changeling, Jericho, Starfire, and Raven will be challenged like never before as the forces of darkness are aligning against them. This series includes New Teen Titans (1984-1988) + The New Titans (1988-1996). 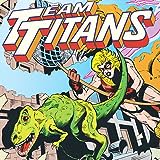 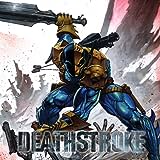