Gordon Rennie, PJ Holden, Steven Denton and Jim Campbell return to campus with the next instalment of cryptozoological adventure. Sabbaticals picks up after the events of Monsterology 101, with several team members pursuing their own agendas following their near miss with apocalyptic catastrophe in China and the South Pacific.
The Lamont Institute may have stumbled, but it takes more than death to stop their plans, and now they are aware of Samwi's potential, she has become their quarry. Professor Tovar's parasitic secret is leading him into the deep darkness, far from his colleagues, towards a fate that may have consequences far beyond ridding himself of his personal burden.

Michael Calvary takes Team Challenger on a sojourn to sunny Scotland to investigate the apparently haunted house featured on the Sabbaticals cover, whilst the remaining members of Team Carnacki take two grad students to a remote South American island to discover there is a lot more than dinosaurs out to eat them.

And of course, following Professor Booker's revelation in Monsterology 101, he's wasted no time getting started on his own personal quest through the now active portal.
See More See Less 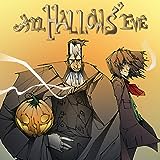 All Hallow's Eve
On Halloween night, Satan and his demonic marauders gather souls for an eternity of blackness. On All Hallows' Eve we follow six horrific fables through the centuries as the damned collect the living for hell.
Tribes: The Dog Years
In 2038, a NANO-VIRUS shortens the human lifespan to TWENTY-ONE years. Civilization collapses. TWO HUNDRED years later the remnants of humanity survive amidst the junkyard ruins of the techno-industrial age. One day everything changes for Sundog of the Sky Shadows tribe. Is there new hope for longer life? Can the virus be "fixed" with the help of an "Ancient" from a city under the sea? 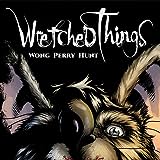 Wretched Things
It was written in blood by the rat kings, woven in silk by the spider sages, recited in verse by the ancient warlords of the centipedes: The Vermin shall inherit the Earth. A rich fantasy in the tradition of The Secret of NIMH tells the stories of great heroes who live in the margins of our world. 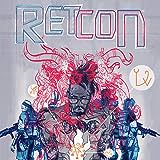 Retcon
The reboot of a comic book miniseries that has never existed begins with an all-new, all-different issue #1! Time to travel back and jump in on this comic while it was new!