The city of sin meets its biggest sinner yet. When Doctor Strange raises up Las Vegas from its destruction during SECRET EMPIRE, he inadvertently opens a door for the embodiment of evil: Mephisto! When the Lord of Hell claims the gambler's paradise for himself and sets his sights on the rest of the world, it will take a diverse group of heroes to beat the devil at his own game. Wong's makeshift band of Midnight Sons — Iron Fist, Blade, Moon Knight and Scarlet Spider — must face down a whole platoon of Ghost Riders…but where does Johnny Blaze stand? DAMNATION transforms the life of Doctor Strange — and the magical landscape of the Marvel Universe!
See More See Less 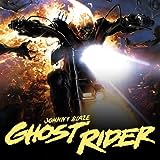 Damnation: Johnny Blaze - Ghost Rider (2018)
DAMNATION TIE-IN! Johnny Blaze takes the fight to a different devil than he usually faces — Mephisto! But Mephisto will show Johnny his own brand of suffering — and give Johnny PLENTY of reasons for vengeance.

Doctor Strange (2018-2019)
Collects Doctor Strange (2018) #1-5. Earth’s Sorcerer Supreme goes intergalactic! When Stephen Strange loses his mastery of the mystic arts, Tony Stark offers a 21st-century solution: search for new magic in outer space! Bizarre new spells, allies and enemies await Strange beyond the stars, as he uncovers corners and secrets of the Marvel Universe never before witnessed! But he’s a little o
Infinity Countdown (2018)
The Saga of the Infinity Stones begins! As the Infinity Stones reappear around the cosmos, the ultimate race for power is on!! Battles will be fought, blood will be spilled, lives will be lost... all as the greatest cosmic heroes and villains vie for possession of the Power Stone, towering over a remote asteroid, somehow grown to the size of a building. Watch as the path to Infinity opens before y