The first collection of the Twelfth Doctor series!

On the terraformed ice planet of Isen IV, the Doctor and Clara discover a monstrous Hyperion has been awakened at the planet's core. Can they halt the rampage of a living star, in the middle of the celebrity wedding of the century, before it escapes to conquer the galaxy?

And when Clara and the Doctor land in India, a conspiracy hundreds of years in the making comes to light! A Thuggee cult is trying to resurrect one of the most deadly aliens yet known... Split across two time zones, our heroes must stop this return at all costs – with the help of Rani Jhulka, 'the renegade Amazon' in the 1820s, and Priyanka Maratha, daughter of one of the Doctor's oldest friends, in the Mumbai of 2314!

To find out just what makes Peter Capaldi's incarnation of the Doctor so intoxicating, get on board now! 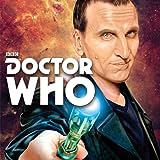 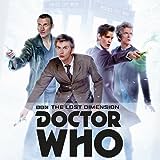 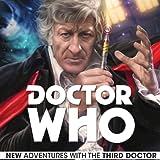 Doctor Who: The Third Doctor
When something enormous crashes into Bedfordshire, the Doctor, Jo Grant, and the forces of UNIT under Brigadier Lethbridge-Stewart mobilise immediately – and find themselves in the middle of a pitched battle against a terrifying invader... But the shocking face that awaits their return to base may tip the whole world off its axis!