Spider returns! Following the prison incident Holloway and MacGregor recruit some brains to go with their muscle - in SPIDER.

"SO YOU GUYS HAVE REALLY NEVER MET ANYONE FROM THE FLIPSIDE BEFORE? WEIRD."

Saffron brings the gang up to speed on the world that's just come crashing in, with some shocking revelations! - in FLIPSIDE.

Something has settled in New Barrington and it's not leaving until every last soul is dead - in POPULATION ZERO.
See More See Less 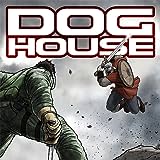 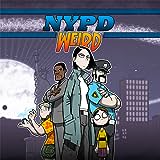 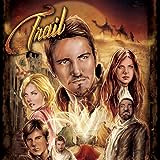 Trail
Renowned 13th century world traveler Marco Polo witnessed many wonders on his journeys from Europe to China and back. One in particular, relating to the Biblical Three Kings, stands out. Now, five passionate individuals band together in an attempt to unravel the mystery left behind by Marco Polo, and protect what could be one of the greatest finds of all time, from falling into the wrong hands. Fo
Esoterica
Fourteen short comics - 72 total pages - by former Wonderland writer Erica J. Heflin (Flesh of White, Antithesis), spanning the genres from the horrific to the suspenseful to the heartfelt! Sample Erica's body of work from the early Grayhaven years to recent contributions to Carriers. 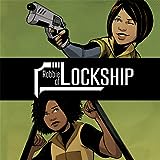 Robbie of Lockship
Robbie and Jehn have lived aboard Locksley Penitentiary all their lives, and in a few short weeks, they'll become full guards on the station. That's the plan, anyway, until a mysterious prisoner stirs up trouble and a royal spy arrives to investigate.