Dollman Kills the Full Moon Universe sees the dimunitive alien supercop (played by Tim Thomerson in the cult classic Albery Pyun-directed original 1991 film) on a bloodthirsty quest to wipe out the myriad monsters, marionettes, madmen and mutants from some of Full Moon's most beloved movies. But why is he doing this? Is there a method to his madness? And will Dollman's actions have reprcussions even more shocking than even he could imagine?
See More See Less 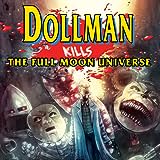 Gingerdead Man Meets Evil Bong
The soul of a serial killer in the body of a cookie! It’s the Gingerdead Man, and this time he’s facing off against Eebee the Evil Bong, a cursed artifact who wants to cast his crunchy body into the magical realm of BongWorld! Bloodshed and blunts collide for the hardest you’ll ever laugh at being scared! Collects the entire gruesome af-fair!
Puppet Master
Charles Band's long-running cult classic horror film series makes its way to the comic page! When a group of friends sets out to use the abandoned Bodega Bay Inn as a party spot, they find out first-hand that the bizarre local folklore is more truth than fantasy as an army of twisted autonomous Puppets have their way with the trespassing teens! The Puppets are back, and they're out for blood! 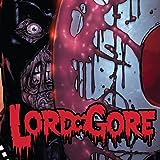 Lord of Gore
Decades ago scandal propelled the Lord of Gore B-movie franchise to mainstream success. In 1989 the film's costumed slasher actor murdered a young actress in ways worse than his on-screen character, creating a media frenzy. Now on the cusp of a modern reboot, a struggling screenwriter learns that the deranged star wasn't the only guilty party that night, but before he can share the information, th 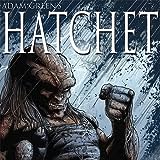 Adam Green's Hatchet
Victory Crowley returns to terrorize comics in a brand new comic series! In 2006 film maker Adam Green released a new American horror movie that paid homage to his favorite monsters. The movie was Hatchet and it told the story of Victor Crowley, a deformed child that came back to life as an unstoppable killing machine. Cursed to live out his terrifying last moments again and again, Crowley bruta