Bully, brawler, mercenary, spies! The Marvel Universe’s hottest new team is on the scene! When Domino and her pals Outlaw and Diamondback find themselves caught between warring nations, they’ll have to call on a whole new crew of international women of mystery — including the Black Widow — to sort it out! But can the newly minted Hotshots survive the arrival of the Merc with a Mouth? Picture it: six undercover, highly trained, armed-to-the-teeth women hunting a device from space that will change life as we know it — but when Deadpool crashes the party, more than just the mission might be blown sky high! The immense power of the Creation Constellation will soon be in reach! But the only thing standing between Domino’s squad and its power is…one another! Which of these knockouts is gonna get knocked out?! 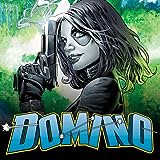 Domino (2018-2019)
Collects Domino (2018) #1-6. Impossible targets call for impossible shots — and no one can make them like Domino! Marvel's #1 soldier of fortune is back in an explosive new series! The product of a failed Super-Soldier Program, Neena Thurman always made her own luck as the sharpshooting mercenary known as Domino…but what happens when her own powers betray her? The hunter becomes the hunted
Black Widow (2019)
Collects Black Widow (2019) #1-5. Jen and Sylvia Soska — the Twisted Twins — tell a story of vice, violence and vengeance! Natasha Romanoff was trained to kill. For years now, she's tried to overcome that programming to side with the angels — to be a hero. And where did that get her? Killed. By one of the few true friends she allowed herself to have. Now the Black Widow is back from the d 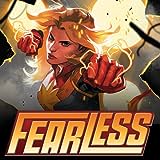 Fearless (2019)
Collects Fearless (2019) #1-4. The fiercest ladies of the Marvel Universe — on and off the page! Straight off her silver-screen debut, Captain Marvel takes the world by storm! And speaking of the weather, Storm of the X-Men faces a problem only a goddess could solve. Add in the Invisible Woman, and you've got an unstoppable trio in a story by Hugo-nominated novelist Seanan McGuire! Alien inva
X-23 (2018-2019)
Collects X-23 (2018) #1-6. Cloned from a warrior and raised as a killer, Laura Kinney has gone through hell and come out the other side a hero. Now, after a stint following in the footsteps of her "father" as the All-New Wolverine, Laura returns to her roots to make sure no one else ever has to go through the horrors she did! With her sister, Gabby, and their pet wolverine, Jonathan, in tow, La