BLACKEST NIGHT EVENT part 42 of 79!
The Doom Patrol battle to the death with their former teammates in this BLACKEST NIGHT tie-in! Faced with the imminent deaths of the entire population of Oolong Island and desperate for options, they abandon their roles as the World's Strangest Super Heroes and take up their new roles...as live bait.
Meanwhile, in the Metal Men co-feature, the battle between our robot friends and the living mannequins of The Clique comes to its messy conclusion. 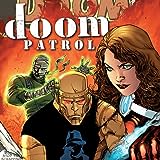 Doom Patrol (2009-2011)
The world's strangest super heroes are back in all new thrilling (and strange) adventures! When it comes to the bizarre, forget the Justice League and call the Doom Patrol! 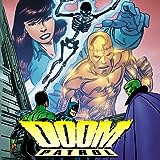 Doom Patrol (2004-2006)
The original World’s Strangest Heroes are back, in the way that only the legendary John Byrne can deliver! This series reunites Robotman, Elasti-Girl, Negative Man and Niles Caulder with a host of edgy new superheroes! 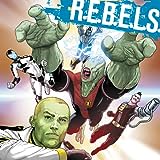 REBELS (2009-2011)
The future is now! Brainiac 2 is a hunted man. His cosmic police force safeguarded over 80 worlds until a mysterious adversary suddenly seized control. Now Vril Dox must recruit a new team to win back his command and free countless billions! 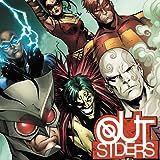 Outsiders (2007-2011)
Welcome to the Outsiders, an elite group originally brought together by Batman, the Dark Knight Detective, for unique missions away from the public eye. Batman and the Outsiders must fight even dirtier than their enemies...and risk becoming the supervillains they despise! 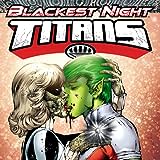 Blackest Night: Titans
Black Lantern Titans are descending together onto Titans Island! Will the Titans be prepared to fight off their deceased allies? And how can Beast Boy not lose his heart to Black Lantern Terra? Explore the effect BLACKEST NIGHT has on the greater DC Universe with writer J.T. Krul (JSA CLASSIFIED, Fathom) and superstar artist Ed Benes (JUSTICE LEAGUE OF AMERICA)!