College freshman Reiser was just another student intern at S.T.A.R. Labs Metropolis until he was accidently exposed to the dreaded Doomsday spores that turned Superman into an unstoppable monster. Now Reiser has the ability to mutate into a hulking monstrosity-and everyone from the Man of Steel to the mysterious Alpha Centurion wants to capture or kill him.

Reiser's world has gone from studying for midterms and talking to cute coworkers to battling super-villains and being hunted by Teen Titans like Wonder Girl. Featuring a showdown with the Man of Steel himself and a gigantic menace that is somehow connected-one thing is certain: from now on Reiser's world is doomed! 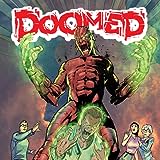 Doomed (2015)
Reiser is just like every other college student — he worries about his grades, family, friends, girls, battling the Alpha Centurion in the streets of Metropolis as a Doomsday-infected monster… This ALL-NEW 8-page preview leads right into the monstrously awesome DOOMED #1 by Scott Lobdell (SUPERMAN, TEEN TITANS). 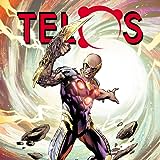 Telos (2015-2016)
The villain of the world-shattering CONVERGENCE event stars in his own new series! Set loose from his planetary tether at the end of the best-selling CONVERGENCE, Telos finds himself free and able to traverse space and time via a sliver of Brainiac’s powers. As this twelve-issue epic begins, he embarks on an odyssey, journeying across time and space in search of his past. 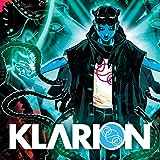 Klarion (2014-2015)
Klarion the Witch Boy makes his New 52 debut! Leaving his world and entering ours, Klarion must decide which path he will walk: order or chaos, good or evil? 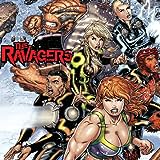 The Ravagers (2012-2013)
First issue of a new series spinning directly out of "THE CULLING!" FAIRCHILD, brother and sister THUNDER and LIGHTNING, the monstrous RIDGE, BEAST BOY and TERRA are being pursued by ROSE WILSON and WARBLADE, who want them dead at any cost! No one's survival is certain each month in THE RAVAGERS! 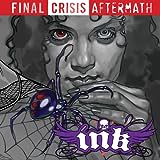 Final Crisis Aftermath: Ink (2009)
In the wake of FINAL CRISIS, the Tattooed Man is considered a hero for the first time in his life. At first, the rewards from his new lifestyle are a welcome change from the rest of what his existence has been, but soon the pressure to stay above temptation and evil starts to wear him down. Matters are quickly complicated when he wakes up in the middle of the night to find his body covered in unfa