Discovering the remains of an actual dragon frozen in the mountains of Tibet, Chinese adventurer Jesse Chang sends a DNA sample to her geneticist twin brother Jack, who sets to work unlocking its potential to improve the human genome. But when a rogue American general learns of the discovery and kidnaps Jack, Jesse is forced to use the untested formula on herself, unleashing the ancient powers of the dragon. 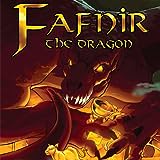 Fafnir the Dragon
Mightier than a god, dumber than a rock. After a centuries-long slumber, mythology's greatest dragon awakens to find his treasure stolen and the world transformed into an unrecognizable place. Now Fafnir the Dragon must wade through this insane new world to reclaim his gold while battling the US Army, Paris Hilton, Gangsta-rappers, and America's greatest superhero in an adventure that one reviewer 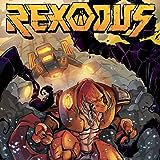 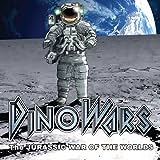 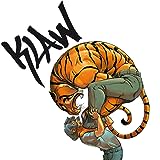 Klaw
High school troubles pale in comparison to the blackout delusions Angel Tomassini has started experiencing, believing he is secretly turning into a giant murderous were-tiger out of control. But is he really? Or is it all in his head?