John Bergin attacks the medium of comics with raw energy and an utterly unique style. Best-known for his epic graphic novel, From Inside (published by Tundra in the late 90s and recently adapted to film), Bergin also created the critically acclaimed series Ashes, and co-edited the genre-busting anthology Bone Saw with James O'Barr (The Crow). Bergin has also contributed to titles and licensed properties for publishers such as Dark Horse, Marvel, DC, Heavy Metal, and many others. He is an accomplished art director and graphic designer, having created over 300 album covers and illustrations for clients such as Paramount Pictures, Lakeshore Records, CBS Films, Hallmark, Summit Entertainment, The Weinstein Company, Dimension Films, Warner Bros. and Universal Music Group.

DUST collects 11 of Bergin's short comics and a handful of illustrations from 1994 to 2013. His Harvey and Eisner-nominated work deals with themes of beauty and ugliness, of death and resurrection. Bergin's tone is relentlessly dark, but always retains a sense of human dignity.

"John Bergin's work exists in a world of perpetual darkness and droning ambiance. His artistry lies not so much in his ability to maintain this consistent dark vision (which he does with a vengeance), but in his ability to build a rich and complex world inside such a singular dimension. He has the ability to dance right on the edge of suffocating nihilism, while providing just enough oxygen to sustain life.The beauty of his art uplifts you, while its devastating message crushes you to dust." - BoingBoing
See More See Less 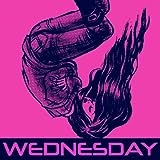 Wednesday
Wednesday is dissatisfied with her life under a scrap yard and curious about the outside world. Sure, it's the post-apocalypse out there, but anything beats living under a pile of junk with your dad. On the eve of her sixteenth birthday, Wednesday's father is kidnapped by bounty hunters. In order to save him, Wednesday must venture into the unknown with her only friends; sock monkeys Manny, Moe
Esoterica
Fourteen short comics - 72 total pages - by former Wonderland writer Erica J. Heflin (Flesh of White, Antithesis), spanning the genres from the horrific to the suspenseful to the heartfelt! Sample Erica's body of work from the early Grayhaven years to recent contributions to Carriers. 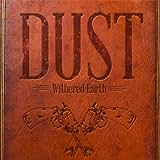 Dust: Withered Earth
This DUST: WITHERED EARTH trade collects the complete DUST saga, previously released by Semantink Publishing and Keyleaf Comics - issues zero through six. DUST is the story of two travelers, Jim and Deborah, making their way through a post-apocalyptic world full of cannibals, mutants, pirates, mercenaries, and more, as they travel from Mexico to San Diego in an effort to change the harsh condition 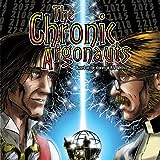 H.G. Wells' The Chronic Argonauts
Doctor Who is currently very popular within geek culture. But did you know that the character is not the first quirky doctor to adventure through time? The mysterious Dr. Moses Nebogipfel arrives in a small Welsh town in 1887. The apprehensions of the simple rural folk eventually cause them to storm the inventor's workshop in an effort to avenge perceived witchery. Nebogipfel escapes with one o