Welcome to the Meld, an inhospitable dimension in time where Joshua, a chrononaut, finds himself trapped. With no memory or feedback from the team of scientists that sent him, he can't count on anything but his heart and a stranger's voice to guide him to his destiny.

"Rafa's art in this series looks unlike anything else on the stands, and he's bringing a level of visual invention to the story that is stunning. We really want to give readers a setting and characters they've never seen before, and we hope this is just the start of the stories that can be told in this world." - Co-writer Mike Johnson on Ei8ht
See More See Less 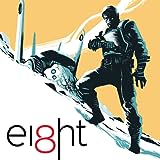 Ei8ht
**From _American Vampire_'s Rafael Albuquerque!** Welcome to the Meld, an inhospitable dimension in time where Joshua, a chrononaut, finds himself trapped. With no memory or feedback from the team of scientists that sent him, he can't count on anything but his heart and a stranger's voice to guide him to his destiny. * From the artist of _American Vampire_! * Cowritten with Mike Johnson (_Supergir 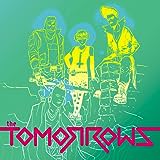 The Tomorrows
**WHO OWNS YOUR FUTURE?** A bold new speculative-fiction comic from the mind of writer Curt Pires, with each issue illustrated by a different brilliant artist! The future: Art is illegal. Everything everyone ever posted online has been weaponized against them. The reign of the Corporation is quickly becoming as absolute as it is brutalunless the Tomorrows can stop it. They told you the countercult 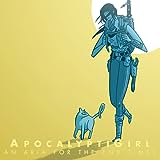 ApocalyptiGirl: An Aria for the End Times
The premiere graphic novel from underground sensation Andrew MacLean (Head Lopper), ApocalyptiGirl is an action-packed sci-fi epic! Alone at the end of the world, Aria is woman with a mission! Traipsing through an overgrown city with her only companion, a cat named Jelly Beans, Aria's search for an ancient relic with immeasurable power has been fruitless so far. But when a run in with a creepy sa 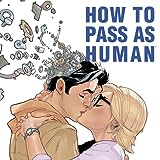 How To Pass As Human
How to Pass as Human is an attempt on the part of the world's first android to understand the irrational, unpredictable, eclectic creatures known as human beings. Written in the form of a field guide, complete with sketches, graphs, flowcharts, and other reference materials, Android Zero (aka "Zach") has compiled a variety of useful information for future androids on how to pass undetected as huma 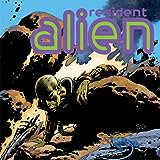 Resident Alien
A stranded alien seeks refuge in the small town of Patience, USA, where he hides undercover as a retired doctor. All the alien wants is to be left alone until he's rescued. However, when the town's real doctor dies, "Dr. Harry" is pulled into medical service,and finds himself smack dab in the middle of a murder mystery! Collects issues #0-#3 of the miniseries.