The wind blows out and away, over the vast ocean, and whispers of secrets no man's eyes shall see. It plays over white-capped waves and blows strong into gales.
The monsoon gathers.
The East Wind carries spice with it...along with so much more...memories of things yet undreamed and of lands risen and fallen beneath the endless sea.
The Eastern Wind blows across Shenyang to the Yellow Sea. Past ancient Pyongyang to Chefoo, and on to Shanghai, where a thousand souls weep and where the Yangtze washes the tears away.
It blows again past Foochow and on to the haunted shores of Taiwan...to the ghosts of the nine dragons, and to Hong Kong.
The South China Sea beckons with promises of mist-shrouded shores and the jewel of the orient, Saigon. Farther still the typhoon wails...to the ring of fire and the thousand islands of Indonesia, Malaya, Sumatra, Borneo, Philippines and beyond. Temples stand amid jungle foliage, waiting in the forgotten places of the world, as the wind blows ever onward, onward into tomorrow, where today is a memory, fading fast.
The East Wind breathes over hidden statues, high atop mountains that were once beaches where small elfin feet once tested the waters. Pangia. All the secrets remain, whispering on the breeze, promising tomorrow long ago.
Echoes of a dark warlord's boots in an empty marble hall. The ring of the hawk sword springing from its scabbard, and the melody of a white-haired wizard's laugh. Were they long ago, drifting on the winds with the sands of time? Or are they yet to be, waiting in some far off secret place, just beyond our imaginations?
And the Eastern Wind will blow back out to sea, whispering, ever so quietly...Elflord...
See More See Less 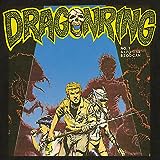 Dragonring
Kohl Drake passes through a dimensional barrier to an otherworldly realm, where he soon finds that his Dragonring may cost him his humanity. 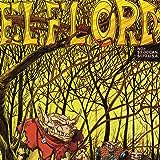 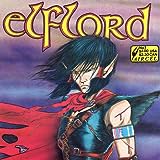 Elflord
Welcome to the mystical realm of ELFLORD. It is a world of awesome beauty - and chilling terror. Goblins, spirits, and demons lurk in every grove, hide behind each shifting shadow, waiting to strike at the noble elves. But elvish fury is a force to be reckoned with. Not so long ago, the world was torn by a great battle for Castle Greenhaven. The heroic efforts of Hawk Erikson, the Elflord, bro 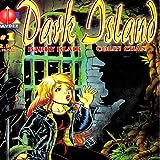