For generations, the elves sought a safe haven against all who would do them harm. But the dream that Chief Cutter and his Wolfriders fought and died for, the Palace of the High Ones, may be the very thing destroying them. The skills that helped them survive the harsh world are fading, and there is a growing threat from a tyrant obsessed with exterminating all elves--creating a disastrous brew that must surely boil over.

Volume 1 collects Wendy and Richard Pini's sixty-page special and the first six issues of The Final Quest, the newest adventures of the Wolfriders!

"Even with a bit of a slowdown in pace, Wendy and Richard Pini's "Elfquest: The Final Quest" is a pleasant read. And with the setup for what's to come next time, I'm looking forward to seeing them in ""60,"" as the old issues' letter-column liked to state things. I suspect readers who made it this far will agree." - Comic Book Resources

"Elfquest is just one of those stories that you never want to end. It's so visually pleasing, I would be totally down for a virtual game or even just a tour of the palace. So yet again, Elfquest scores a five out of five." - Comic Bastards

"Wendy Pini's art is as strong as it ever was, and we feel for the characters as they move forward in time and in their individual lives. The scripting augments the beautiful art so very well! If you're looking for some engaging fantasy, don't miss Elfquest: The Final Quest! It's something special and will pull you in from the first time you read it!" - Major Spoilers
See More See Less

The Complete Elfquest
Discover the legendary ElfQuest! Chief Cutter and the Wolfriders are driven from their forest home by threat of annihilation. As they wander an ever-changing landscape in search of a new home, they are confronted by fearful and vengeful humans, power-hungry trolls, and other mysterious elfin tribes. Alliances are forged, enemies discovered, and savage battles fought in this epic fantasy adventure! 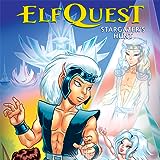 Elfquest: Stargazer's Hunt
When ElfQuest: The Final Quest concluded, it ended the hero's journey of Cutter Kinseeker, chief of the Wolfriders. But that was only the start of a new adventure for Cutter's ''brother in all but blood,'' Skywise. Now the stargazer elf, who thought he knew everything about Cutter, discovers how mistaken he was. This volume collects issues #1-#4 of Stargazer's Hunt, with story by ElfQuest co-creat
The Mythology of S. Clay Wilson
As the Age of Aquarius morphed into Discomania and Reaganomics, pioneering underground cartoonist S. Clay Wilson discovered a new generation of punks and misfits in America and abroad who appreciated his point of view. He found new outlets for his artwork in outré galleries and fringe publications, and continued to contribute to the surviving remnants of the underground, including the never-say-d 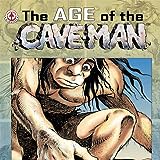 The Age of the Caveman
We have built megalopolises, fancy technologies and even cyborgs but as 'CAVEMAN' shows us, with a sly grin, deep inside we're still just a bunch of grunting beasts! Some are hilarious. Some will make you wince. Some will make you laugh. Some will take some figuring out...