Not only is costumed crimefighter "Empowered" saddled with a less-than-ideal superhero name, but she wears a skintight and cruelly revealing "supersuit" that only magnifies her body-image insecurities. Worse yet, the suit's unreliable powers are prone to failure, repeatedly leaving her in appallingly distressing situations... and giving her a shameful reputation as the lamest "cape" in the masks-and-tights business. Nonetheless, she pluckily braves the ordeals of her bottom-rung superheroic life with the help of her "thugalicious" boyfriend (and former Witless Minion) and her hard-drinking ninja girlfriend, not to mention the supervillainous advice from the caged alien demonlord watching DVDs from atop her coffee table . . .

From Adam Warren-writer/artist of the English-language Dirty Pair comics (the original "Original English-Language Manga" before OEL was cool), and writer of Livewires, Gen13, and Iron Man: Hypervelocity-comes Empowered, a butt-kicking, bootylicious superhero lampoon that raises the bar for long-john lust and low-brow laughs. Remove all previous notions of superhero entertainment from your puny mind... and prepare to be Empowered!

* Adam Warren's work on The Dirty Pair is well-known to U.S. comics readers.

* Warren's skill as a writer has brought him a variety of high-profile assignments in recent years from Wildstorm, DC, and Marvel. 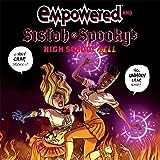 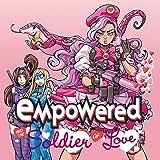 Empowered and the Soldier of Love
Love is tearing apart costumed crimefighter Empowered’s city, as the unearthly powers of an embittered “International Magical Girl of Mystery” covertly inflame the superheroic community’s burning passions. But even if a befuddled Emp can puzzle out her shadowy foe’s schemes, can she hope to prevail against the Soldier of Love? * 2017 marks the tenth anniversary of Empowered! * Stor 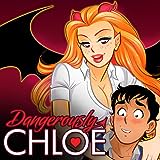 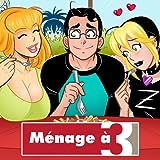 Ménage à 3
Set in Montreal, the finest bohemian city in North America, Ma3 follows the lives of comic book geek, Gary and his way-sexier-than-he-is roommates in their Montreal tight-as-a-sandwich apartment; where the walls are so thin there are virtually no barriers between their rooms.