Destiny in the stars! Emperor Dorrek VIII is the son of Kree hero Mar-Vell and the Skrull Princess Anelle. For years, he lived on Earth as the heroic Young Avenger called Hulkling, evading the clutches of both bloodthirsty empires. But his long-avoided destiny has caught up to him, and now Hulkling must take the throne! Elsewhere, the young Cotati called Quoi faces his hour of ascension! Will he become the Celestial Messiah, the role he was prophesized to play — or will his mother, Mantis, stand in his way? Plus: The Avenger called Swordsman may be long dead, but his shadow looms large across the galaxy! And in South America, Conan finds himself targeted by slavers from beyond the stars — and only Venom can help him avoid a grisly fate!
See More See Less 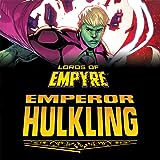 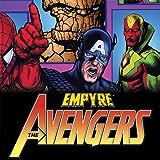 Empyre: Avengers (2020)
With the threat from the stars now reaching Earth, Captain America sends out the call for heroes to meet its advance across the globe! But in the far–off Antarctic Savage Land, Ka–Zar and the Agents of Wakanda have located an enemy offensive that could change the course of the conflict! Which Avengers will answer the call to this remote area and will they be able to cope with the strangeness t 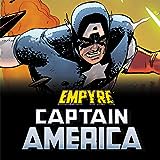 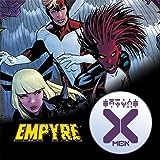 Empyre: X-Men (2020)
Collects Empyre: X-Men (2020) #1-4. Alien plants vs. mutant zombies! Plant people from outer space have come to Earth as part of the cosmic events of EMPYRE — but wouldn't you know it, they happen to arrive just as millions of deceased mutants rise from the grave as undead creatures hungry for human flesh! What are the odds? And can even the X-Men handle two simultaneous crises? Aliens! Plant
Empyre (2020)
Collects Empyre #0 Avengers (2020), Empyre #0 Fantastic Four (2020), Empyre (2020) #1-6, Empyre Aftermath: Avengers (2020) #1, Empyre Fallout: Fantastic Four (2020) #1. An intergalactic event that will reshape the Marvel Universe! Old allies make a distress call to the Avengers with news of a terrible enemy that could wipe out humanity. Meanwhile, in the most unlikely of places, the Fantastic F