Chapter 1 - Honesty
The Defense Ministry of Japan sponsors trials for leading robotics manufacturers to demonstrate prototypes for its artificial intelligence armored divisions. Master Hideo Takeshi has dominated this sector for most of his company's life but a recent demonstration ended prematurely when one of his prototypes malfunctioned.

Encoding Bushido is a seven issue series set in an alternative future of Japan where artificial intelligence competes for existence, status and resources. The first chapter of Encoding Bushido was published as a part of the Samurai Graphic Novel anthology under the premise "What does Samurai mean to you?" 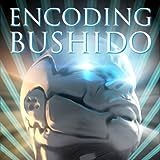 Encoding Bushido
Completes the story which began in the Samurai Original Graphic novel, compiled into one issue. It is the story of a master robotics designer who wants to imbue his creations with something that has all but disappeared from modern Japan - the Bushido code of honor. 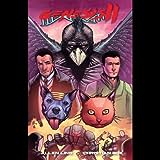 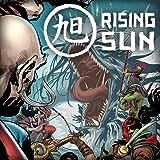 Rising Sun
Chiyoko of the Koi Clan leads a group of powerful warriors, the best each clan has to offer, on a mission to save Japan from dragons and monsters. But perhaps the greatest threat she faces is not the many monsters who are ravaging the country, but her own team... 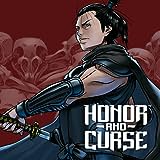 Honor and Curse
Honor and Curse takes place in Feudal Japan and follows Genshi Sakagura, adopted by the Iga clan after witnessing the murder of his parents. A promising young shinobi, Genshi hopes to marry Lord Haruki's beautiful daughter, Akemi, and lead the Iga clan warriors into battle. His future looked promising, until a training session turned violent and Genshi almost killed Master Nishiro. From that mo 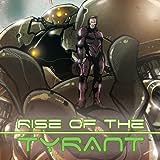