H20: Set in the not too distant future... When a 100-year global drought devastates the Earth, humankind teeters on the brink of collapse. As the remaining nations wage war in a deadly race to claim and control the planet's last known source of fresh water. Written by Grant Calof and illustrated by Jeevan J. Kang

Eternity Kill: Two immortal races has raged an off-world war to control our solar system -- a millennia long battle that will finally come to an end here on Earth. As a super-human assassin closes in on the last survivors of an ancient, elemental race, Kain is forced to choose between revealing his true past or sacrificing the woman he loves. Written by Grant Calof and illustrated by Edison George & Siddharth Kotian.

Purgatory: Is there life after death? People across the globe have been trying to answer this question since the beginning of time. Many have had near death experiences but no one has ever been able to prove it... until now. Rogue scientist, Professor Alscott sets out to prove what no one else has. Does heaven and hell really exist? With the help of his four brightest students, Alscott sets out to prove this age old question by putting his students in near death conditions and recording what they see. It works! Until something goes terribly wrong... Written by Julian Metter with artwork by Edison George.

A Thousand Arts: A kung-fu action thriller set in the unforgiving Alaskan wilderness where an archeological dig uncovers a trove of 7,000 year old documents that describe hidden martial arts knowledge. When an assassins guild attempts to steal this newfound power, the last living descendent of the original monks must reclaim his destiny, protect his people's secrets and become the master of a thousand arts. Written by Stuart Moore.
See More See Less

The Illegitimates
Jack Steele: World renowned agent of OLYMPUS, super-spy, debonair, lover of ladies, man-slut. While facing off with his arch-nemesis, Viktor Dannikor, Steele faces his biggest defeat, but who will take his place? Olympus scrambles to find not one, but FIVE newbie agents to fill the void and, unbeknownst to them, they share a common thread. Can these five strangers embrace their fates and come toge 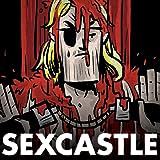 SexCastle
The Former World's Greatest Assassin leaves the world of killing to a small town only to be pulled back in. An exciting action romp in the style of classic '80s action films. "SEXCASTLE is a perfect mix of homage and comedy, action and irony, loving tribute and hilarious send-up of the great, good, and ungodly-bad action movies of the '80s. I don't remember the last time a debut book hit me thi 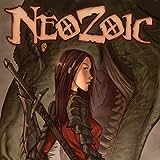 Neozoic
In a gritty sci-fi fantasy world where dinosaurs did not become extinct, humanity lives under the constant threat of giant predators. Protége; hunter Lilli Murko faces off against a deadly carnivore while her Donti Squad discovers a strange new reptilian threat to their city.
The Night Angel Trilogy
For Durzo Blint, assassination is an art-and he is the city's most accomplished artist. For Azoth, survival is precarious. Something you never take for granted. As a guild rat, he's grown up in the slums, and learned to judge people quickly - and to take risks. Risks like apprenticing himself to Durzo Blint.But to be accepted, Azoth must turn his back on his old life and embrace a new identity and