The awesome Uni-Mind and a tragic death set the stage for a new era in the battle between the godly Eternals and their Deviant adversaries! The Eternals have spread out among the human population in secret. In these uncertain times, their new leader must hold the remaining Eternals together even as a new adversary emerges from deep in the Deviants’ underground stronghold. Ghaur, leader of the Deviant priesthood, has discovered the location of a renegade Celestial, defeated and sealed away by his brethren long ago. If the Eternals can’t come together and stop Ghaur, he will possess the cosmic power of this Dreaming Celestial — and conquer Earth! Plus: Don’t miss the origins of the Eternals from rare WHAT IF? backup features!
See More See Less 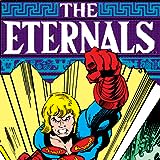 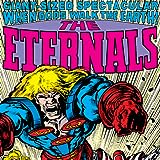 Eternals: The Herod Factor (1991)
Giant-sized spectacular! Across the Earth, teenage twins are being murdered, kicking off a prophecy that heralds the destruction of the race of Eternals. 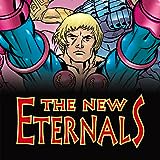 New Eternals: Apocalypse Now (2000)
Apocalypse has turned his attention to the cosmic characters that walk among us! His plan: Spark an all-out war between the humans and the subterranean-dwelling Deviants to learn who is worthy of survival! And only a handful of beings can save the day... all-powerful beings known as the Eternals! This wondrous one-shot uncovers several revelations about these fascinating entities' true place in th 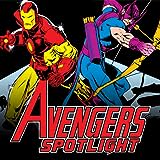 Avengers Spotlight (1989-1991)
The ACTS OF VENGEANCE crossover saga begins here! One of the most powerful villains in the Marvel Universe has a long-standing grudge against the Avengers. This time he's come up with the ultimate plan to destroy them! Plus: Hawkeye and Iron Man embark on a desperate rescue mission to free guards trapped in The Vault! 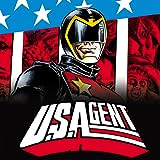 U.S.Agent (2001)
John Walker is back, and this time, he's the Commission's hand-picked operative in charge of superhuman incarceration! It's the chance he's been waiting for to get out from Captain America's shadow and kick bad guy butt! That is, if a deadly super-villain conspiracy, a woman from his past, and his own lousy attitude don't louse it all up!