Stan's back, and he's brought the Fantastic Four with him! Stan Lee and Jack Kirby made pop-culture history during the 1960s with their landmark run on FANTASTIC FOUR. Unabridged for 102 consecutive issues, the legacy of their work together has influenced the imaginations of comic-book creators and pop-art innovators. And guess what? It's time to make room for a 103rd issue! A lost classic by Stan and Jack has made it into the hands of astonished FF fans everywhere! Featuring art by Kirby, much of which has never been seen by the public, this restoration project was finished off with scripting by Stan and inked by legendary FF delineator Joe Sinnott - marking a reunion of the dynamite combo that made the Marvel Age of Comics so scintillatingly super. Rounding out the contents are three other classic stories by Stan Lee that explore many different facets of the First Family and the universe they helped found. All have one thing in common: the heart, soul, wit and charm of Stan "The Man" Lee.
See More See Less 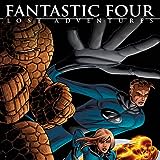 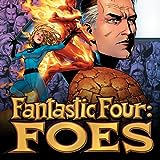 Fantastic Four: Foes (2005)
The villains take center stage as the foes of the Fantastic Four step into the forefront. After years of continued defeat at the hands of the FF, why would a person continue to attempt something he has learned to be impossible? Get inside the heads of all your favorite FF FOES as we watch their capers from start to finish! 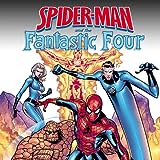 Spider-Man and the Fantastic Four (2007)
Collects Spider-Man/Fantastic Four #1-4. Two great tastes that taste great together! The world's greatest super hero and the world's greatest super team collide for an adventure set nowhere near a Civil War (and upon which we will not put a CIVIL WAR tie-in label)! After a visit by the Impossible Man, your friendly neighborhood Spider-Man is faced with a dangerous new alien threat for which he 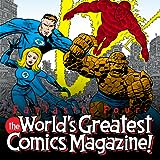 Fantastic Four: The World's Greatest Comics Magazine (2001-2002)
Collects Fantastic Four: World's Greatest Comics Magazine #1-12. Stan Lee and Jack Kirby's legendary run on FANTASTIC FOUR lasted more than one hundred issues — and ended all too soon! Now, witness the continuing adventures of Marvel's First Family, told as if Stan and Jack never left the book! Some of comics' most talented creators join forces in this time-tossed tribute to the original Imag 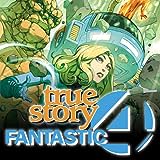 Fantastic Four: True Story (2008)
A threat to the minds of the whole human race sends the FF somewhere they've never been before: into the realm of fiction itself! Where Ben finds himself clobbering a demonic army to save the cast of Sense and Sensibility. No, really. And it gets weirder from there. Dante (not the one from Clerks)! Willie Lumpkin! Behold, the Fictocraft! And it's actually kind of smart and serious too.