This series is rated Adults Only
DISCLAIMER: graphic sexuality sadistic violence
Expanding on the hit anime and novel series, Fate/Zero is a faithful manga adaptation that also offers extended scenes and never-before-seen content! Dive into Gen Urobuchi and Shinjiro's prequel to Type-Moon's Fate saga! The fourth Holy Grail War has begun, and seven magi must summon heroes from history to battle each other to the death. Only one magi and hero pair will remain to claim the grail and have their wishes granted! Kiritsugu Emiya was once an assassin but now fights in this war to save the world from those who would destroy it with the grail's power.

"It has dynamic, multifaceted characters, explores great philosophies and themes, and tops it off with large helpings of action. It also has the will to go deep into dark, psychological territory to improve both its characters and story." -Kotaku 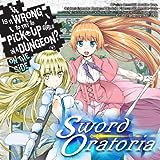 Is It Wrong to Try to Pick Up Girls in a Dungeon? On the Side: Sword Oratoria
Aiz Wallenstein, the Sword Princess, is known as one of the most powerful warriors from one of the most powerful groups in the city of Orario: Loki Familia. With them, she ventures into the deepest parts of the labyrinthine Dungeon beneath the city, stalking the monstrous denizens that lurk there and vanquishing them with the blazing light of her sword. But when she meets a certain white-haired bo 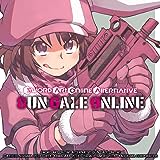 Sword Art Online Alternative Gun Gale Online
Karen is living her best life, getting to play as her cute chibi avatar Llenn in the VR game Gun Gale Online. She becomes fast friends with mysterious woman Pitohui, who invites her to an in-game event called the Squad Jam. But Karen won't be teamed up with her new friend-instead she gets paired with the stern and silent M. Not 10 minutes into the event, they get surrounded by a hail of gunfire! W 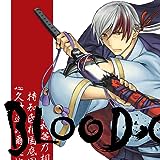 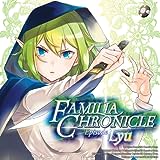 Is It Wrong to Try to Pick Up Girls in a Dungeon? Familia Chronicle Episode Lyu
In Orario, the only place in the world that hosts the entrance to the massive subterranean Dungeon, there's a certain tavern where the most desperate and vulnerable bring their troubles. There, the ex-adventurer Lyu Lion uses her terrifying strength to wrest what justice she can from the shadows of the Labyrinth City! But when a girl goes missing and all evidence points toward the powerful Grand C