CONCEPT: Duncan is a normal teenager...except that his Mom is a suburban hausfrau and his Dad is a colossal, Tokyo-stomping dragon. Their divorce leaves him struggling between fitting into a human society that often fears him or ascending to his father's throne as king of the monsters.
THIS ISSUE: Duncan's class trip to Europe should be an exciting diversion from his troubled home life, but when he sets foot on British soil, ancient forces stir and an unstoppable armored giant begins a rampage that can only end with Duncan's death.
See More See Less 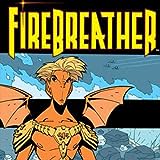 Firebreather
Divorce is tough for any teenager, but when your mother is a typical suburban soccer mom and your dad is a 300 foot tall, city trampling, battleship devouring monster things get even tougher. This is Duncan Rosenblatt's reality. His mom wants him to get into a good college, his dad wants him to go into the family business, namely conquering the earth and ascending to his rightful place as king of 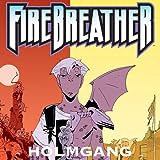 Firebreather Vol. 3
NOW A STUNNING TV MOVIE FROM CARTOON NETWORK! In this all-new series our monstrous hero, Duncan Rosenblatt, deals with not only losing his father but with keeping his father's death a secret, even from his mother. But Duncan's mysterious extended family may not let him keep that secret-or his life-much longer.
The Mice Templar
For the young mouse Karic, the Mice Templar are merely an exciting legend. They were real, though, and a vicious civil war left them scattered and all mouse culture in the grip of brutal rat masters. When Karic's family is enslaved, he realizes their only hope of freedom lies in his paws?if he can only find the courage and strength to become one of the legendary Templar himself.
Brit
Sex and violence have never looked so...old. Meet Brit, the government's last line of defense when it comes to the really messy parts of keeping the world safe. When super-powered menaces threaten our home soil, send in this one-man killing machine: He's indestructible, unstoppable, and eligible for a senior citizen's discount. Brit and Jessica are having a good time raising their new son, Bri