George, Hank, and R.A.I.Ch.E.L. have their progress to Antarctica halted when their transcontinental tube-train is attacked by a monster: the corpse of one Anna Varius, re-animated and cybernetically programmed by an even greater monster, her husband and killer, the mad Edward Varius.

Possessed of a previously-unknown power, Hank fights off Anna, the two puncturing the train's vacuum tube and plummetting hundreds of feet from the elevated track to continue their melee in the Algerian forests below. The brawl finally reaches a conclusion once R.A.I.Ch.E.L. hacks into Anna's cybernetics and, with the advice of enigmatic cyberspace contact Natalie Talius, finds that she is able to reprogram Anna's implants to emulate personality and memories somehow retrieved from the recently-deceased woman's psyche.

Edward, meanwhile, is in some hot water. Turns out that when you're developing a military cybernetic reanimation program for a shadowy cabal operating within the highest levels of your corporation, then go mad and steal the technology to send your dead wife on a mission to kill your boss, the shadowy cabal doesn't take it that well. Edward has been able to hold off an outright execution only by claiming responsibility for the seemingly miraculous reemergence of Anna's pre-mortem personality. He's promised the secret of eternal life to the Davidson Faction, but if he can't deliver soon, they may decide not to keep him around after all.
See More See Less

First Law of Mad Science
Super-scientist George Baker's newest invention, electronic retinal implants known as "Cyber-Eyes," are nothing short of amazing. So amazing, in fact, and so cheap and easy to get, that some 40% of the population has gotten them within their first year on the market. But they aren't perfect. Far from it. When things start going inexplicably and bizarrely wrong with the original test-subjects, G 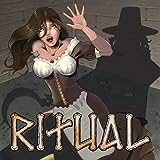 Ritual
The sleepy Pennsylvanian town of Black Root suffers a spate of bizarre ritualistic slayings, reminiscent of the 17th-century Salem Witch Trials. The FBI assumes jurisdiction over the case, but they have no idea that the supernatural killer is a long-dead witch hunter with a perverse desire for revenge! Screenwriter Andy Briggs brings his pen from the Sci-Fi Channel to this suspenseful new mini-ser 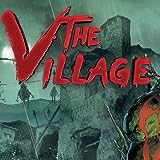 The Village
India 2023, the country has made phenomenal progress both in economics and technology. A manned mission to Mars has been sent by ISRO, the Union of India has become part of G10 summit and has established an economy almost parallel to China, but on the other hand, there is the dark side of our country as well. Distant rural villages which still live in the medieval customs of casteism, superstition
Template
TEMPLATE is an action thriller with cyberpunk flair. Centering on a private security organization called Oversight, the story chronicles their attempts to make the perfect android soldier. When the first attempt fails, they speed up plans to try again under the assumption they learned from their mistakes. It is at this point that the main character, Beta, is created. Over the course of the series,
reMIND
All Sonja wanted was to find her missing cat, Victuals, but when he washes up on the shore of her sleepy coastal town several days later with a head full of stitches and the startling ability to speak and no memory of how he got that way her quiet life is forever changed. Together they set out to solve the mystery of his disappearance, embarking on a journey that leads to a strange kingdom under t