George, Hank, and R.A.I.Ch.E.L. have their progress to Antarctica halted when their transcontinental tube-train is attacked by a monster: the corpse of one Anna Varius, re-animated and cybernetically programmed by an even greater monster, her husband and killer, the mad Edward Varius.

Possessed of a previously-unknown power, Hank fights off Anna, the two puncturing the train's vacuum tube and plummetting hundreds of feet from the elevated track to continue their melee in the Algerian forests below. The brawl finally reaches a conclusion once R.A.I.Ch.E.L. hacks into Anna's cybernetics and, with the advice of enigmatic cyberspace contact Natalie Talius, finds that she is able to reprogram Anna's implants to emulate personality and memories somehow retrieved from the recently-deceased woman's psyche.

Edward, meanwhile, is in some hot water. Turns out that when you're developing a military cybernetic reanimation program for a shadowy cabal operating within the highest levels of your corporation, then go mad and steal the technology to send your dead wife on a mission to kill your boss, the shadowy cabal doesn't take it that well. Edward has been able to hold off an outright execution only by claiming responsibility for the seemingly miraculous reemergence of Anna's pre-mortem personality. He's promised the secret of eternal life to the Davidson Faction, but if he can't deliver soon, they may decide not to keep him around after all.
See More See Less

First Law of Mad Science
Super-scientist George Baker's newest invention, electronic retinal implants known as "Cyber-Eyes," are nothing short of amazing. So amazing, in fact, and so cheap and easy to get, that some 40% of the population has gotten them within their first year on the market. But they aren't perfect. Far from it. When things start going inexplicably and bizarrely wrong with the original test-subjects, G

Space, MN
101 pages! Why did the widow, Mrs. Lee, murder her only son? Can the reports of an undead cat possibly be true? What happened to the two paramedics that disappeared during their shift? Space, Minnesota was a quiet town until the Multi Associated Global International Cosmetics (MAGIC) corporation arrived. Now, the Mayor is acting strange and people are dying. The brave men and women of the Space P
Robert Heinlein's Citizen of the Galaxy
Just outside our galaxy the atrocities of slavery thrive, and young Thorby is just another orphaned boy sold at auction. But when he crosses paths with a mysterious crippled beggar, his destiny is forever changed. Citizen of the Galaxy is an interstellar action/adventure coming of age tale by the "Dean of Science Fiction"... Robert A. Heinlein!
reMIND
All Sonja wanted was to find her missing cat, Victuals, but when he washes up on the shore of her sleepy coastal town several days later with a head full of stitches and the startling ability to speak and no memory of how he got that way her quiet life is forever changed. Together they set out to solve the mystery of his disappearance, embarking on a journey that leads to a strange kingdom under t 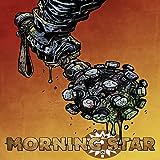 Morning Star
MORNING STAR is a unique agency financed by the Vatican to protect the human world and hunt supernatural creatures that use their paranormal powers for evil purposes. It is an organization base around the world that has existed from centuries, ever since the last of the Knights Templar disappeared. But over the years things have changed, the individuals within the Church funding the group have bec